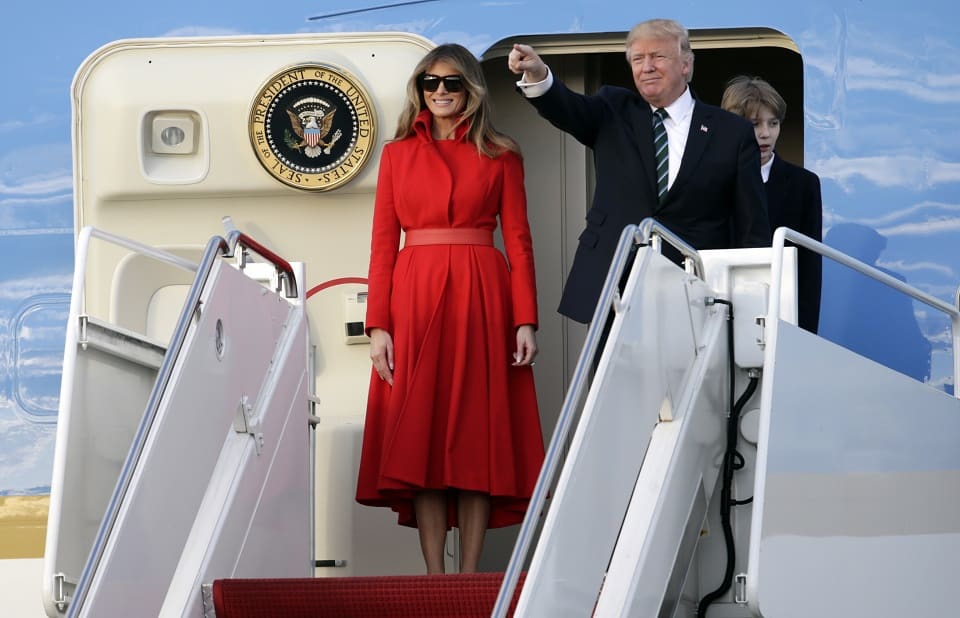 After unveiling a cruel budget that targets programs like Meals on Wheels, Donald Trump flew off to his Mar-a-Lago resort for the weekend, once again breaking a promise he made repeatedly during the campaign, and saddling taxpayers with the cost.

Donald Trump's administration unveiled a budget blueprint that makes cruel and dangerous cuts to discretionary federal spending, in favor of unnecessary and wasteful increases in defense and Homeland Security spending.

Soon after, Trump once again jetted off to his Mar-a-Lago resort for the weekend, which reminded many of an explicit promise that Trump made during the presidential campaign.

During a Q and A session with New Jersey Governor Chris Christie, Trump slammed President Obama for taking vacations, promised not to do so as president, and even asked President Obama rhetorically, "Why do you leave (the White House) so much?"

I promise you, I will not be taking very long vacations, if I take 'em at all. There's no time for vacation. We're not going to be big on vacation. You know, there's so many things — it's sort of interesting, Chris, the White House is, like, this incredible place, right? Represents so much, and you're there for a limited period of time. If you're at the White House, and you have so much work to do, why do you fly so — why do you leave so much, why? You know, you think you'd wanna work, work, work, straighten it out, get it done, fix it up, make it great, and then when you're finished, you could be proud. But boy, are we a mess.

In fact, Trump made variations of this promise frequently during the campaign. Yet this weekend marks the seventh consecutive time he has flown off to Mar-a-Lago for the weekend since taking office, at tremendous cost to taxpayers nationwide, and locally.

Americans are also footing the bill for extra security for Trump's separate residence in New York City, to the tune of tens of millions per year.

The violation of this promise is galling on its face, but unconscionable when compared with the cost of the programs Trump's budget slashes. Several people made note of the comparison on Twitter this week:

Trump wants to eliminate funding for "Meals on Wheels."

If Melania lived with Donald, we could pay for "Meals on Wheels" for 487 years.

No money in the #Budget for LegalAid, Homes for Vets, Meals on Wheels, EPA, HeatingAssist.

Trump's vacations are not the issue — although his conduct there has raised serious national security and constitutional issues — but, rather, the cruelty of the cuts he proposes, many of which are dwarfed by the expenses of his special travel needs.

While Trump goes after programs like Meals on Wheels, and openly admits his health care plan will hurt the very people who voted for him, Trump's promise to remain in the White House and "make it great" echoes like a bad joke.