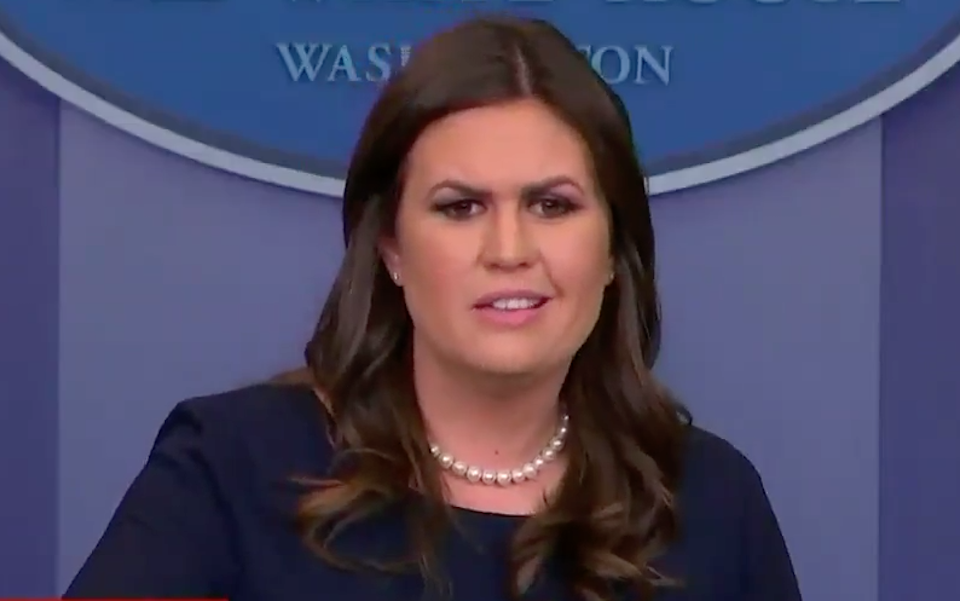 The White House is increasingly desperate to blame everyone but Trump for his disrespect of a grieving military family.

Donald Trump and his White House are going to extreme lengths to defend his despicable treatment of a grieving military family.

That desperation now includes attacking Rep. Frederica Wilson, a long-time friend of the family who mentored Sgt. La David T. Johnson when he was younger and is demanding answers about his death, as "appalling and disgusting."

Wilson was with Johnson's family — including his widow, Myeshia, and his mother, Cowanda Jones-Johnson — when Trump's extremely belated phone call finally came, two weeks after Johnson died in an ISIS ambush in Niger.

Trump apparently did not even know the name of the sergeant whose death he was finally acknowledging, referring to him only as "your guy" when he insisted to the grieving widow that her husband "knew what he was getting into when he signed up."

Jones-Johnson not only confirmed Wilson's accounting of the shocking phone call, but added, "President Trump did disrespect my son and my daughter and also me and my husband."

For supporting this family, the White House is unleashing a full-scale attack on the congresswoman, as press secretary Sarah Huckabee Sanders demonstrated at Wednesday's briefing:

SANDERS: Just because the president said "your guy," I don't think that means that he doesn't know his name. As the president stated, the hardest job he has is making calls like that. I think it is appalling what the congresswoman has done and that she's politicized this issue and the way that she is trying to make this about something that it isn't. This was a president who loves our country very much, who has the greatest level of respect for the men and women in the uniform and wanted to call and offer condolences to the family, and I think to try to create something from that, that the congresswoman is doing is frankly appalling and disgusting.

What is appalling and disgusting is that it took Trump nearly two weeks, and repeated national shaming, to acknowledge the death of four troops killed in action — all while he was raging incoherently for more than four weeks about NFL players supposedly disrespecting our military.

What is appalling and disgusting is that instead of simply offering condolences to the family, and to the families of the other fallen soldiers, Trump launched into an unhinged — and blatantly false — rant about President Barack Obama and even invoked the death of Gen. John Kelly's son, who was killed in action in 2010, to do it.

What is appalling and disgusting is Trump's open disdain for the military — for POWs, for Gold Star families, for veterans — all while he wraps himself in the flag and calls himself the great defender of patriotism.

What is appalling and disgusting is the behavior of the president of the United States, who is clearly unfit for and unworthy of the office.