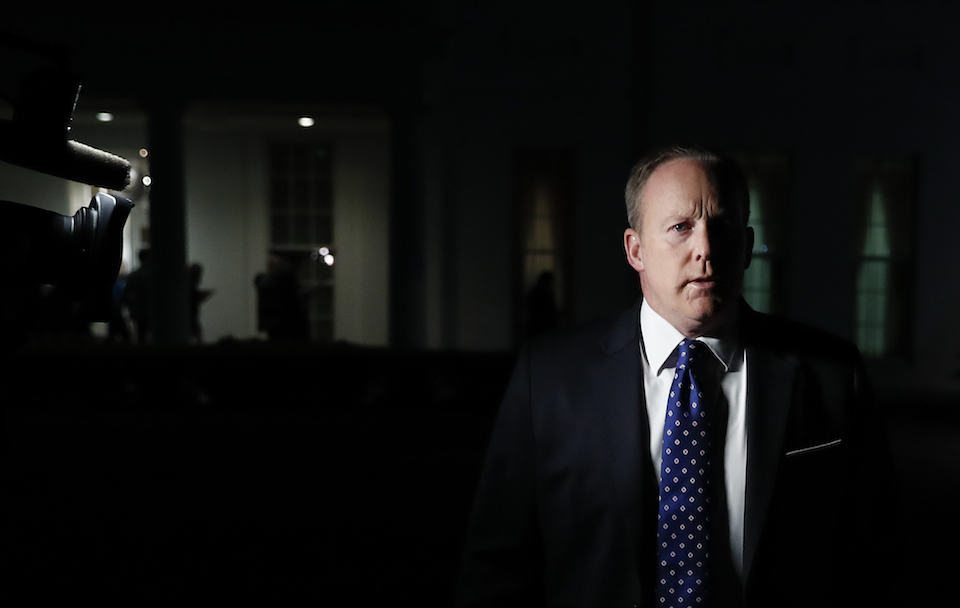 As the details of the Senate health care bill are finally revealed, the Trump administration is back to bullying the press into silence while pushing its message through propaganda outlets like Fox News.

The Trump White House is again pushing reporters to turn off their cameras and audio recording devices and return to the continuing farce that they have made of the daily press briefing.

In an advisory released by the White House, the briefing for June 22 was marked as "Off Camera (not for broadcast or audio)." The denotation is a return to form for the White House press operation over the last few weeks, in which only one traditional on-camera briefing has been held.

Ironically, in that briefing, White House press secretary Sean Spicer argued that the White House has been transparent, even more so than past administrations, and insisted that he and his underlings deserve credit for the purported access that they have given to the press.

The return to locking down the media, using a communications strategy that CNN White House reporter Jim Acosta characterized as "bizarre," comes as Senate Republicans have finally decided to reveal the contents of the health care bill they've hidden from the public.

While insurance lobbyists were able to see the legislation, crafted by only 13 male members of the GOP, other senators and the public at large were banned from knowing the details of legislation that would affect millions and a huge portion of the economy.

The media lockdown means that even though Trump backs the law, reporters won't be able to question the administration's press representatives on camera about that support. Trump's remarks behind closed doors that the Senate legislation lacks "heart" won't be held accountable on camera. Reporters nonetheless seem prepared to accept whatever restrictive press conditions the White House imposes without serious protest or pushback.

The only break in the blockade is an interview Trump has scheduled with his favorite program on the quasi-official propaganda outlet of the administration. Trump is scheduled to do an interview alongside his wife, Melania, while attending the annual congressional picnic, which will then air on "Fox & Friends" the next day.

It has been nearly a month and a half since Trump has spoken to a national outlet, failing to address the multiple scandals and issues associated with his presidency, including mounting evidence of collusion with Russia and the devastating effects of the health care legislation he supports.

The Trump press strategy is simple in its maliciousness: They will bully the press into submission, cut off access, and speak through outlets that don't question them. And anyone else is dismissed as "fake news."