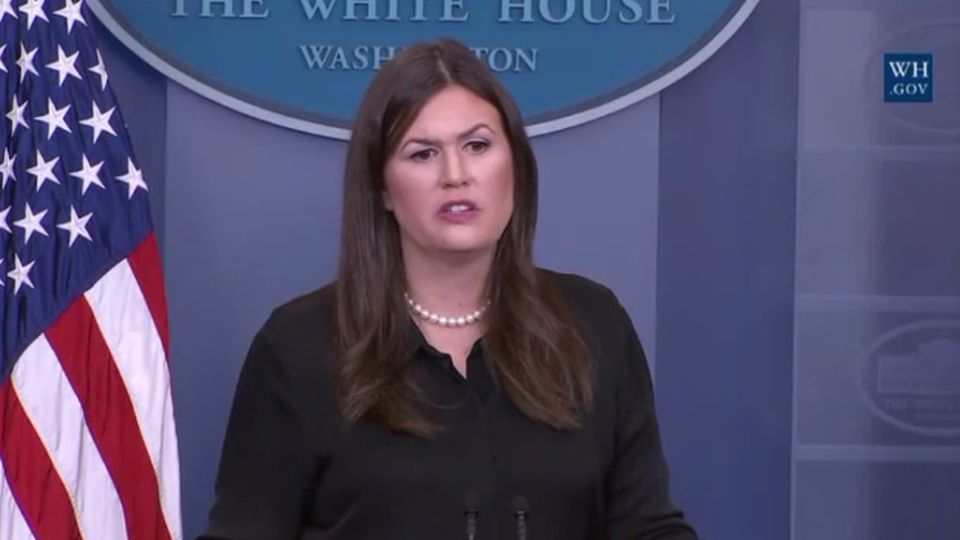 The Trump White House is demanding that an ESPN reporter, who is a black woman, be fired for telling the truth about Donald Trump's racist behavior.

Hill has been the subject of controversy after she posted, "Donald Trump is a white supremacist who has largely surrounded himself w/ other white supremacists" and, "Trump is the most ignorant, offensive president of my lifetime. His rise is a direct result of white supremacy. Period."

Asked by a White House reporter to comment on Hill's righteous criticism of Trump, and whether Trump was aware of the comments, Sanders said Hill's commentary was "one of the more outrageous comments that anyone could make."

SANDERS: I'm not sure he's aware, but I think that's one of the more outrageous comments that anyone could make, and certainly something that I think is a fireable offense by ESPN.

REPORTER: If the president was so clear in what he said, why do you think influential African-American figures are saying things like this?

SANDERS: I'm not going to speak for that individual, but I know that the president has met, again, with people like Sen. Scott, who are highly respected leaders in the African-American community.

While her employer criticized her, as has the White House, what Hill said is not inaccurate in the least.

After the racist riot in Charlottesville, Trump described white supremacists as "very fine people," and made a passionate plea to keep statues and memorials honoring pro-slavery Confederates in place.

Trump has marched so close to white supremacists that Congress felt the need to pass a unanimous resolution formally condemning racists, which is still awaiting Trump's signature.

In the same briefing where she attacked a black reporter — something that has been a habit for Trump press secretaries — Sanders claimed that Trump would sign the resolution.

He has a long and extensive record of attacks on Latinos, Muslims, women, and blacks throughout his life — as an entertainer, a businessman, and in his short time as a political figure.

The Trump administration, when confronted by the truth, wants those who tell it to be punished for their actions.