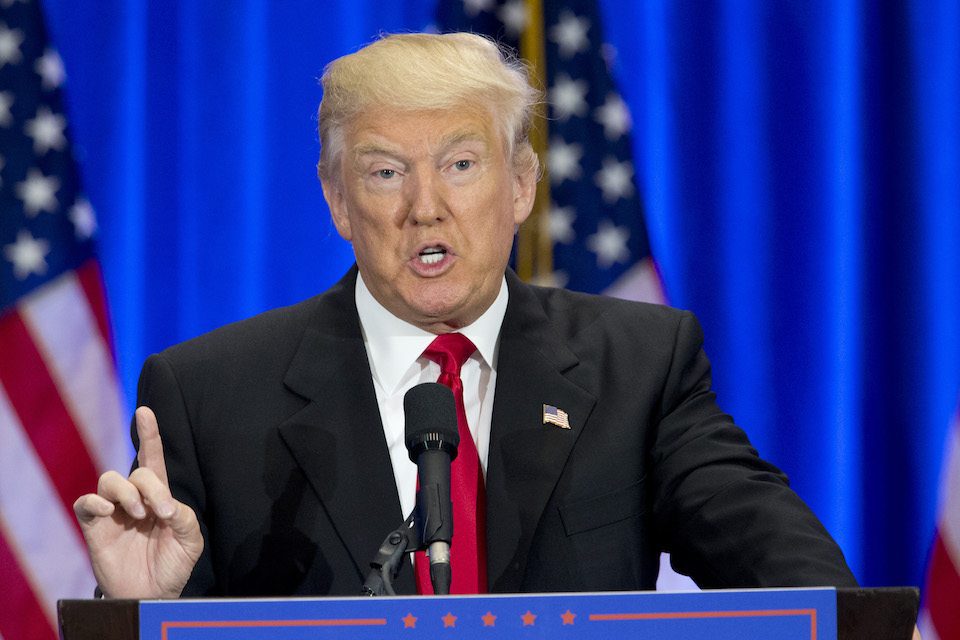 The hypocrisy of the Trump administration truly knows no bounds — and neither does its affinity for whining.

On the heels of Donald Trump's embarrassing trip abroad — in which he buddied up to Vladimir Putin and let his daughter take his seat during a meeting with world leaders — the White House is making it painfully obvious how hard they are trying to flip the script.

Trump had nothing on his schedule for his first work day back, freeing him up for his preferred pastimes of watching Fox News and issuing random Twitter outbursts. This left Mike Pence free to engage in his own favorite hobby: pretending to be, or at least run for, president.

And in a clear effort to distract from Trump's idleness and embarrassing trip abroad, the White House began vehemently pushing its latest talking point, through multiple emails: that Trump's nominees for various positions are facing "needless obstruction" by Senate Democrats, whose actions "threaten key aspects of the Government."

"Senate Democrats are putting his nominations through time-consuming parliamentary procedures not seen by the previous Administration," one email continued.

Merrick Garland, as well as numerous other Obama-era judicial nominees, would likely find that statement amusing.

The White House also emailed, as an "Obstruction alert," a Washington Times article that dovetailed with the administration's talking points:

No Democrat has yet returned a "blue slip" signaling acceptance of President Trump’s federal judicial picks — an ominous sign for Republicans, who fear it signals an upcoming attempt to slow-walk the administration’s plans to reshape the federal judiciary.

Clearly, the administration wants everyone to be talking about this supposed massive obstruction being inflicted by the Democrats.

Curiously, the White House makes no mention of just how few nominees Trump has actually put forth. As of July 3, the Washington Post's nominee tracker shows that Trump has failed to even nominate anyone for 384 out of the 564 key positions requiring Senate confirmation.

If the White House were truly so concerned about the supposed threat to the government from Senate Democrats delaying confirmation votes on nominees, one would think leaving nearly 400 positions without a nominee at all would also be cause for worry.

And it would seem like something the White House would want the media to report far and wide. Yet the daily press briefing, with deputy press secretary Sarah Huckabee Sanders, was off-camera and audio-only.

But reporters in the room were given printed copies of the White House's email:

So the WH prepared a whole theme for this briefing on Dem obstruction. Seems like it would have been a good one to televise ?

If the White House was so confident about this message / wanted it to resonate, why not put this briefing on camera?

The hypocrisy of complaining about obstruction of nominees — when the Republican Party made a modern art piece out of such tactics, and when Trump has not even bothered to name nominees for hundreds of crucial positions — is galling enough.

And doing so in a room filled with reporters but off-limits to cameras adds an extra ludicrous layer to the situation.

Perhaps railing against Democrats and sending overly indignant emails sounds better to the White House communications team than talking about the president's son possibly colluding with Russia or about the still-failing disaster of a health care bill being pushed by the president's party.

But they can only stay off-camera for so long.