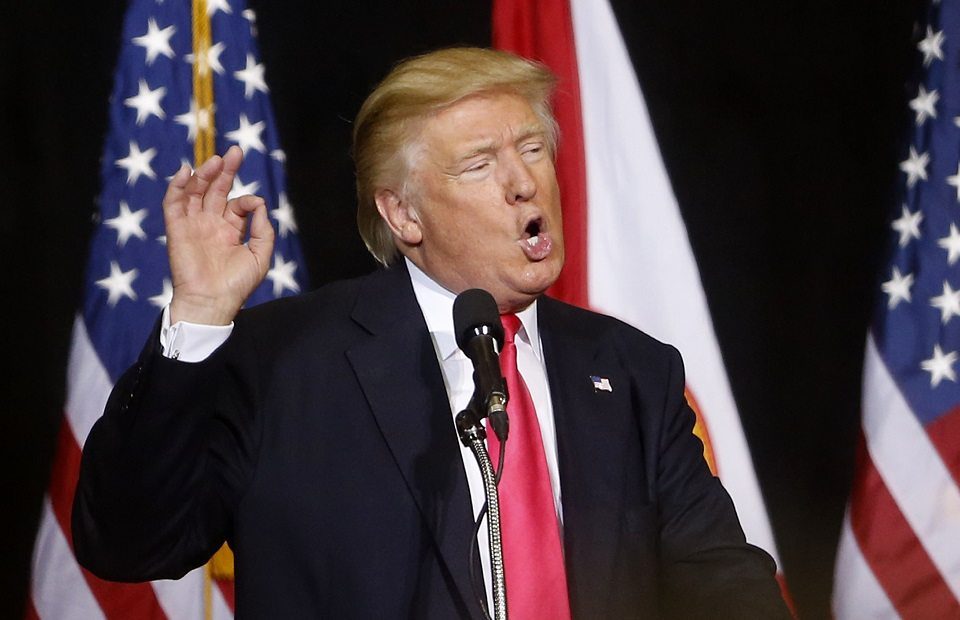 As expected, the Trump White House attacked the Congressional Budget Office ahead of their scoring of the poorly received repeal bill. But Sean Spicer went a step further by not only questioning the authority of the nonpartisan CBO, but also suggesting that Trump's own budget director is the only reliable source.

The news for the Republicans' attempt to repeal and "replace" Obamacare gets bleaker every day, and will undoubtedly get worse once the nonpartisan Congressional Budget Office (CBO) scores the bill sometime next week.

Thus it was no surprise when White House Press Secretary Sean Spicer attacked the CBO repeatedly at a televised briefing, calling their very legitimacy into question.

In response to questions, Spicer told reporters that "If you're looking to the CBO for accuracy, you're looking in the wrong place" and mocked the idea that the CBO has any "authority" on budgetary matters:

SPICER: The irony of the score is that the CBO was way off the last time. I don't think that we're waiting to — that that's a big issue to us right now.

SPICER: Of course cost matters, but look at how off they were last time. If you're looking to the CBO for accuracy, you're looking in the wrong place. [edit] The idea that we're waiting for a score — it will be scored, but the idea that that's any kind of authority based on the track record of what happened last time is a little far-fetched.

Spicer's attack on the CBO is particularly ironic, given that current CBO Director Keith Hall was handpicked by a group of Republicans that was led by then Georgia Rep. Tom Price, who is now Trump's Health and Human Services Secretary. Price was also the Chairman of the House Budget Committee at the time, and had this to say about Hall back then:

Keith Hall will bring an impressive level of economic expertise and experience to the Congressional Budget Office. Throughout his career, he has served in both the public and private sector, under presidents of both parties, and in roles that make him well-suited to lead the CBO.

This attack on the CBO also differs sharply from past criticisms of the nonpartisan office, which often encounters pushback from both parties when they do not like particular findings, but which is generally agreed to be a nonpartisan office that gives its best estimates based on the data available. Spicer is now calling into question the very legitimacy of the CBO itself.

As for their track record, the Washington Post points out that many CBO predictions about Obamacare were accurate, and others were affected by unforeseen events like the Supreme Court's decision against the Medicaid expansion.

Spicer's rebuke of the CBO raised the natural follow-up question, from NPR's Mara Liasson, of what body voters should trust with forecasting the effects of the Republican bill, if not the CBO. Spicer's response was audacious and revealing:

LIASSON: People base their votes on what they think is going to happen to the cost and the coverage.

LIASSON: Is there any analytic organization that you would accept a score from?

SPICER: Well, I think that there is — Yeah, I think OMB will probably put out a score.

That is the Office of Management and Budget, which is headed by Trump appointee Mick Mulvaney, the same guy who just said that "insurance is not really the end goal" of health insurance reform. This is who the White House thinks you should trust over the CBO, or anyone else.

This is part of a larger pattern of the Trump administration discrediting all institutional sources of fact, in order to substitute their own.

But in this case, the crucial thing to remember is that Trump and the Republicans are not discrediting the CBO because they think their bill is great — they are doing it because they know it is a disaster that will harm millions of Americans, while also blowing a hole in the budget. No one, not even their own pick to head the CBO, will say otherwise. Eventually, they will run out of people to discredit, and be left alone with the facts.