Home National White House in fierce fight with itself on whether Trump's tweets are...
Support progressive journalism.
Donate today 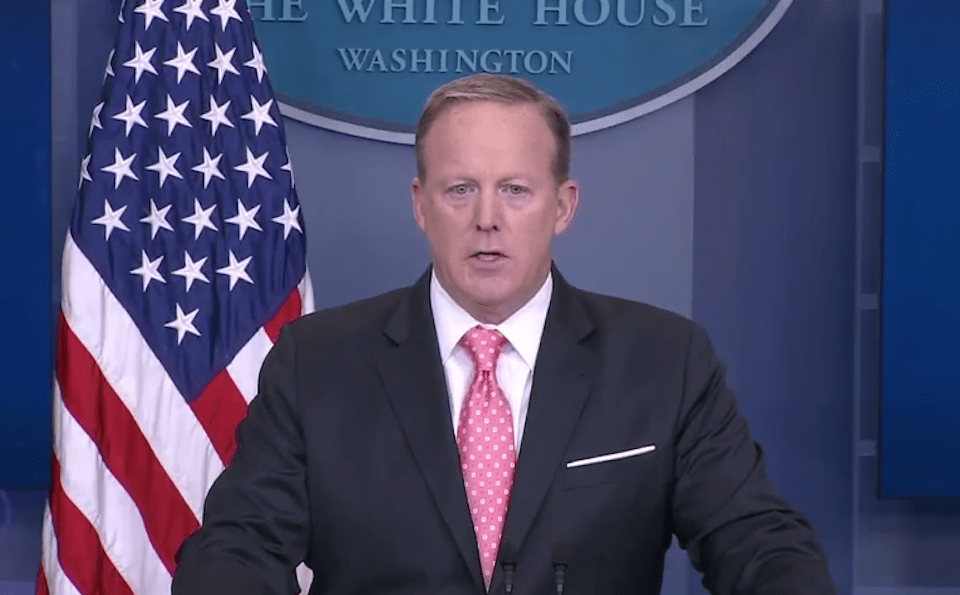 The White House has made it clear that Donald Trump's tweets should not be taken seriously. Or literally. Except for when they should.

The question of whether statements from the president are in fact presidential statements, even when issued on Twitter, became even more confused during White House press secretary Sean Spicer's Tuesday briefing.

That is a good, clear answer. Unfortunately, it is the exact opposite of what this same White House said only a day ago.

During Monday's press briefing, deputy press secretary Sarah Huckabee Sanders was asked the same question — are Trump's tweets "presidential statements?" — and Sanders replied, "That come from directly from the president’s Twitter account? No."

Earlier in the day, White House adviser Kellyanne Conway had also dismissed Trump's tweets and the media's "obsession" with covering them.

But on Tuesday morning, Trump — the president himself — tweeted defiantly that his use of social media is the way he delivers his "unfiltered message."

The FAKE MSM is working so hard trying to get me not to use Social Media. They hate that I can get the honest and unfiltered message out.

So which is it? Are the president's tweets important? Unimportant? A misplaced media obsession? A meaningless hobby the president engages in late at night or early in the morning while watching cable news? Are his tweets in fact presidential statements, with all the gravity of an official White House statement that looks like this:

A statement by the President: pic.twitter.com/Hj9rCgyctf

How are the media or the American people supposed to know the meaning of Trump's tweets? Spicer often says, "They speak for themselves" — usually, when he is trying to avoid explaining the latest incoherent insults from his boss. But as he just reiterated, "They're considered official statements by the president of the United States." In that case, shouldn't the media regard such statements in the same way they do any other presidential statement, and be able to ask any questions?

The point, it would seem, is that there is no answer. As with so much from this administration, there is no consistency, no transparency, no clarity whatsoever. Words, promises, and policies have lost all meaning under Trump — and frighteningly, that seems to be the point.