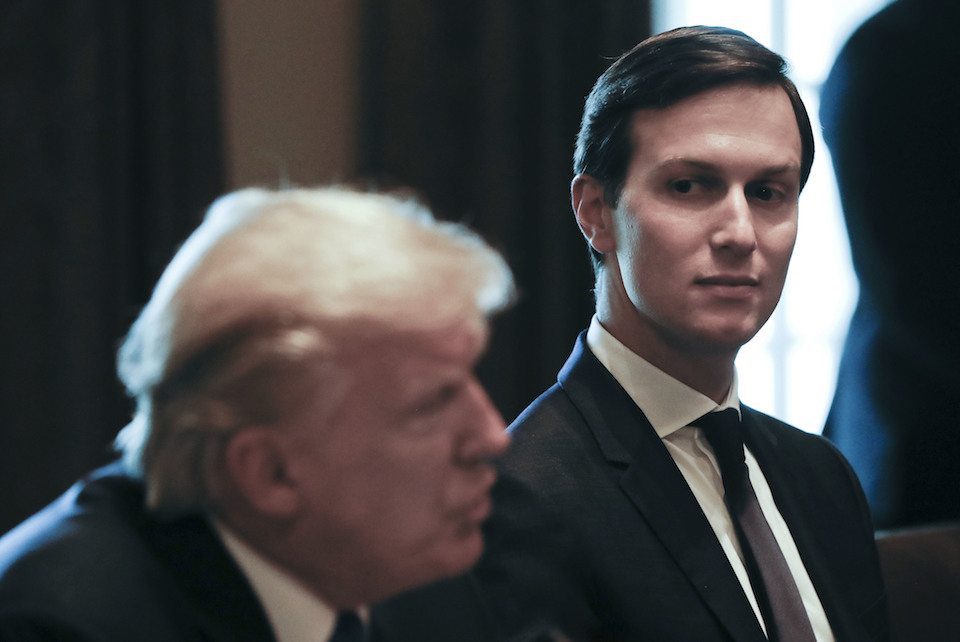 The White House is finally conceding that Jared Kushner was too much of security risk to have the security clearance Trump gave him.

Politico reports that Kushner, Trump's son-in-law, will no longer have access to "Top Secret" material he once did. Instead, he and other aides who benefitted from the Trump administration's lax security standards have been downgraded.

And this comes as a result of the fallout from the White House's handling of the case of staff secretary Rob Porter. Porter, who was accused of spousal abuse, could not clear a traditional background check and was granted special access by Trump.

For nearly a year, Democrats have been raising the alarm on the security risk posed by Kushner and his wife, Ivanka Trump.

The couple was installed as part of Trump's inner circle of advisers, but were allowed to keep multiple business and financial entanglements in place. Like the elder Trump, they refused to follow tradition and put their assets in a blind trust or similar entity. And this left them, and the country, exposed to exploitation.

Kushner repeatedly omitted his contacts with Russians, including a meeting with ambassador Sergey Kislyak, from his federal disclosure forms. That made him reportedly a person of interest in special counsel Robert Mueller's ongoing investigation of Russian election interference.

Kushner was a key figure in his father-in-law's presidential campaign. And he was one of the principals in attendance at the Trump Tower meeting with a Russian operative offering dirt on Hillary Clinton.

Kushner's financial ties to other nations, including China and Qatar, are also reportedly under investigation.

Despite these troubling red flags, Trump has continued to grant his family members access to America's most vital secrets. And after he spent an entire campaign baselessly accusing Clinton of revealing classified material, he did exactly that himself.

Trump ignored the security risks of a relative with financial ties to multiple foreign powers, who may even be a blackmail target.

And he handed his relatives intelligence that American agents have given their lives to obtain, putting civilian lives at risk around the world.

Now his own administration is effectively conceding this major lapse in security, while independent oversight may uncover even more severe violations.

Trump put familial ties over national security, and the fallout has begun.