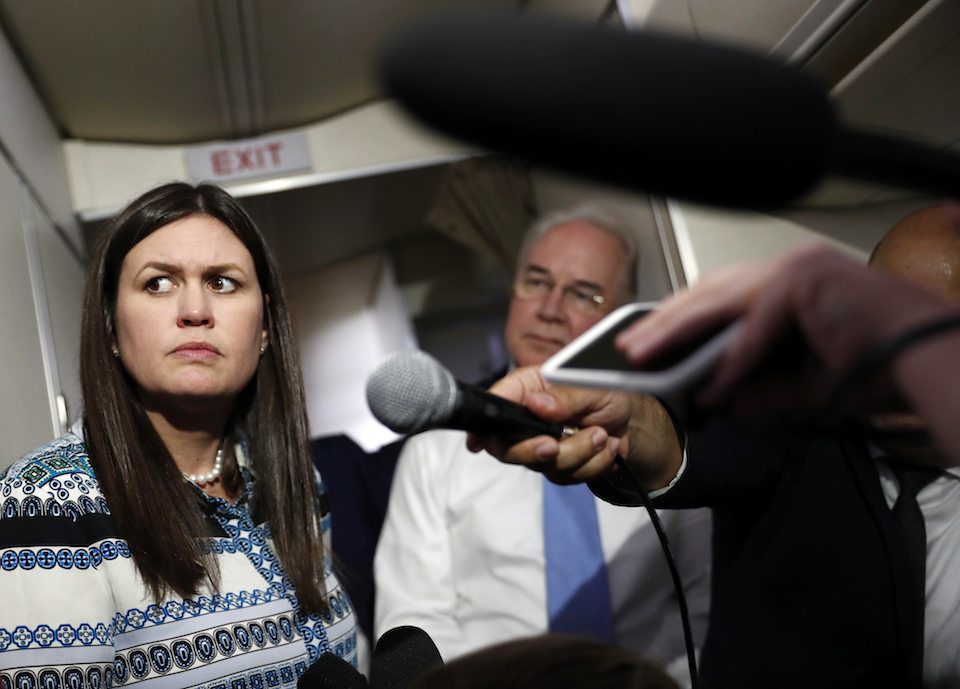 That chaos has even spilled into public view when a New York Times reporter recently overheard one of Trump’s top attorney’s get into an angry  confrontation about legal strategy while eating lunch at a popular D.C. steakhouse.

Ty Cobb, whom Trump brought in to manage the on-going Russia investigation, is reportedly at odds with White House counsel Donald McGahn over who best to deal with Mueller’s probe. At the lunch, “Mr. Cobb was heard talking about a White House lawyer he deemed “a McGahn spy” and saying Mr. McGahn had “a couple documents locked in a safe” that he seemed to suggest he wanted access to,” the Times reported.

It appears distrust and paranoia have now become the hallmark of this scandal-plagued White House, where aides "fear that colleagues may be wearing a wire."

From the Times [emphasis added]:

Tension between the two comes as life in the White House is shadowed by the investigation. Not only do Mr. Trump, Mr. Kushner and Mr. McGahn all have lawyers, but so do other senior officials. The uncertainty has grown to the point that White House officials privately express fear that colleagues may be wearing a wire to surreptitiously record conversations for Mr. Mueller.

Here's a photo of Ty Cobb & John Dowd casually & loudly discussing details of Russia investigation at @BLTSteakDC while I sat at next table. pic.twitter.com/RfX9JLJ0Te

Meanwhile, “Trump continues to rant and brood about former FBI Director Jim Comey and the Russia investigation that got him fired,” Axios recently reported. “Trump tells aides and visitors that the probe now being run by special counsel Bob Mueller is a witch hunt, and that Comey was a leaker.” (Republicans privately fear Mueller is “going for the kill.”)

Staffers must be furious too. The staggering legal fess are quickly piling up, as Trump’s minions are forced to pay, in some cases, $1,000 an hour legal fees to top attorneys in hopes of staying out of legal peril.

At least Jared Kushner can afford the mounting legal fees, as attorneys swirl around him and his possible Russia connections. The Wall Street Journal recently reported that Trump lawyers "earlier this summer concluded that Jared Kushner should step down” as senior White House adviser because of possible legal complications, “and aired concerns about him to the president."

And then there’s the firing of FBI Director James Comey, which Mueller is investigating for possible obstruction of justice on the part of the White House.

Note that during his recent interview with “60 Minutes,” Trump’s former strategist, Steve Bannon announced that Trump’s firing of Comey may have been the worst mistake in "modern political history."

Senate investigators want to learn more about who knew what about the firing inside the White House, but Mueller’s office has waved them off for now. “The refusal to allow the Senate panel to interview those two witnesses could be a sign that Mueller is reviewing whether President Donald Trump acted properly in his firing of Comey,” CNN reported.

Everywhere the White House turns, Mueller is not only lurking, but closing in.