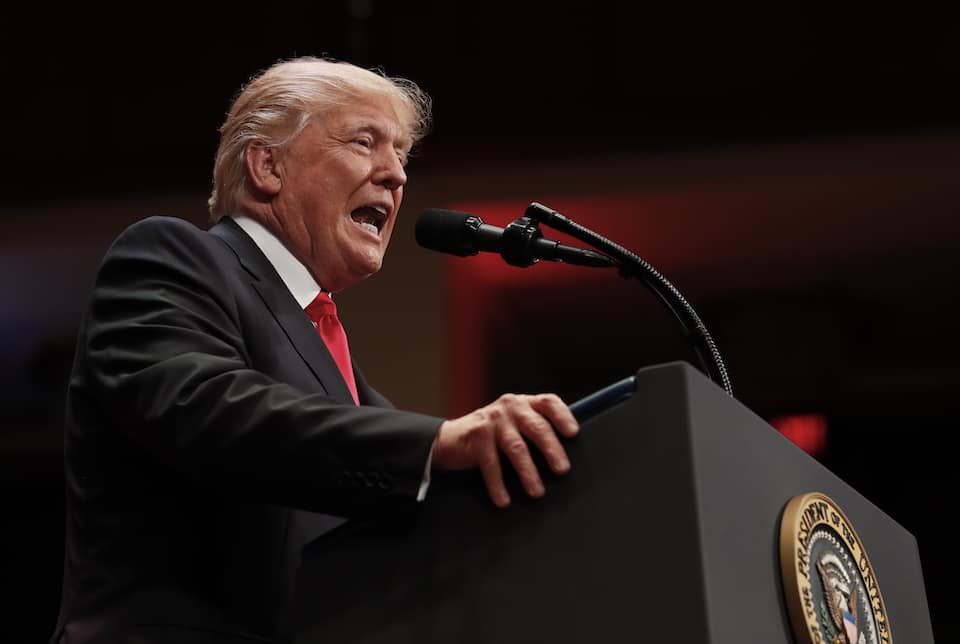 Brian Karem stood up for himself and his colleagues when he pushed back on the White House's "fake news" narrative. And he is not backing down.

White House correspondent Brian Karem said what a lot of the country has been thinking when he called out the Trump administration's "fake news" lies during a press briefing.

After deputy press secretary Sarah Huckabee Sanders complained about "the constant barrage of fake news" supposedly directed at Donald Trump, and opined that "the media can’t be trusted to report the news" — at least, not in a way that is pleasing to her boss — Karem clearly had had enough.

He reminded Sanders, "We’re here to ask you questions. You’re here to provide the answers." And he labeled her words as "inflammatory to people all over the country."

Karem's comments garnered him a moment in the spotlight, but that was not what drove him to do it.

As he told MSNBC's Joy Reid, "You can either stand up for your rights, or you're going to get blown over."

"Before I can do the rest of my job ... I've got to be able to get access to the information to do so," he continued.

And he had a message for Trump as well: It's time to grow up.

And he continues to belittle us, tries to put us down, and is undermining the very foundation of this republic. You know, you feel at times like — I use the joke here, like Rodney Dangerfield, searching for respect. We respect him. He needs to respect us, and the fact of the matter is, he doesn't. He wants to put out one message — the message is that he's great. And the fact of the matter is, we need to ask questions. I would love nothing more than to cover policy. I have been accused by some who say that I was trying to make myself part of the story. Here's the story: He made us part of the story when he singled us out.

Now, at this point in time, you can either stand up for your rights or you're going to get blown over. Oppression — if you concede to oppression, you will be oppressed. And the fact of the matter is, this guy is at war with the press. We have to stand up for our rights. It's that simple. Before I can do the rest of my job, before I can tell you the policy debates, before I can tell you what's important about national security, before I can tell you what's important about health care, I've got to be able to get access to the information to do so. And the fact of the matter is, he wants to keep us away from that access. And when I say I'm tired of being bullied, I'm not talking about Sean Spicer or even Sarah — those two have done some remarkable things, and I'll defend what they've done as far as creating access for reporters.

Unfortunately, if the most recent edition of Trump's inane Twitter behavior is any indication, he has no plans to grow up, and no seeming understanding of what it means to be "presidential."

And he will likely never give up his petulant war on the press. So it is up to the press to follow the examples set by people like Karem and others who are speaking out, doing their jobs, and holding the administration accountable.