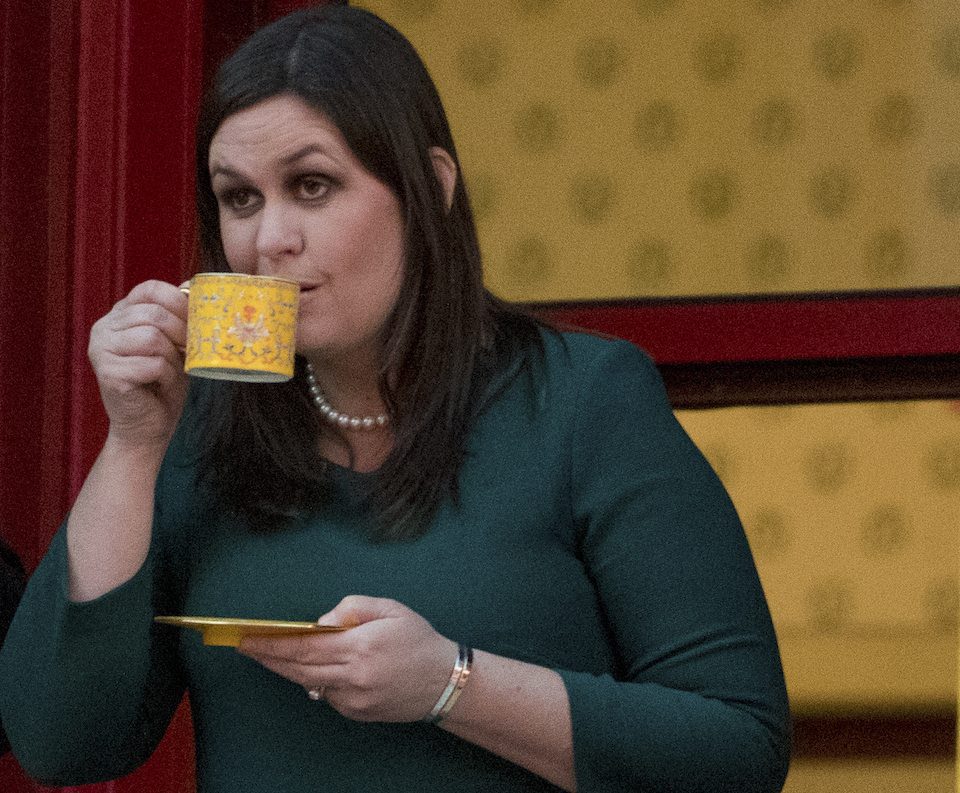 Anything to avoid questions on domestic violence and Russia.

America stood together in shock, horror and grief as Parkland, Florida, saw the third-deadliest mass shooting in history.

But for members of the White House, the reaction was relief.

According to a new report from the Washington Post, an anonymous official said of the horrific event, "For everyone, it was a distraction or a reprieve ... A lot of people here felt like it was a reprieve from seven or eight days of just getting pummeled."

Among members of the administration, the shooting "seemed to shift the media glare away from the Trump scandals and gave embattled aides an opportunity to refocus on handling a rare crisis not of their own making."

This follows days in which the country watched Trump handle the tragedy at Stoneman Douglas High School with stunning insensitivity, blaming the shooting on the students and the Russia investigation, beaming and flashing the thumbs up in a photo op with first responders, and arranging to play golf just miles away from the spot where parents were burying their child.

The idea that any administration officials would be grateful for a mass shooting is repulsive, but this is no ordinary administration. This is a White House characterized by its endless scandals.

In recent weeks, Trump has had to deal with fallout from the Rob Porter scandal and the fact his chief of staff covered for a man who had access to classified information despite the FBI rejecting his background check over serial domestic violence. The subsequent revelation that over 130 White House officials were operating without a permanent security clearance, including another domestic abuser, was already threatening to cause more resignations.

And amid all of this, Trump's EPA administrator and secretary of Veterans Affairs were caught misusing taxpayer money for personal luxury trips, for which both offered ridiculous excuses.

But Trump officials might want to think twice about thinking the Parkland shooting is a get-out-of-jail-free card for personal scandals.

The White House should stop fussing over the optics of their own scandals, and start being concerned with doing their job.