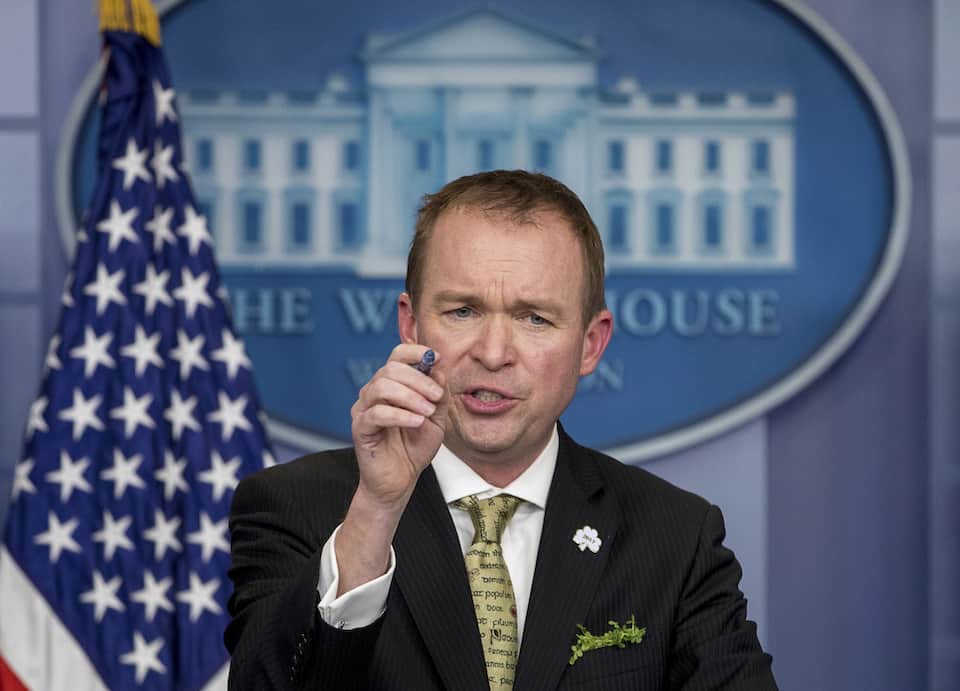 Donald Trump's budget chief again revealed the Republicans' callous approach to health care, arguing that some diabetics simply do not deserve health insurance, because of how they may have developed the illness.

Donald Trump's budget director specifically called out people suffering from diabetes as a group of Americans who do not deserve the protection of health insurance.

Mick Mulvaney, director of the Office of Management and Budget (OMB), weighed in on the issue at the Light Forum at Stanford University. He was asked if families should be denied medical care because they can't afford it, a standard Sen. Bill Cassidy (R-LA) had termed "the Jimmy Kimmel test," after the late night comedian's recent emotional call for improved health care.

Mulvaney said he believed in helping to provide "a safety net so that if you get cancer you don't end up broke," but separated those situations from others he termed "ordinary healthcare," what he described as the heart of the debate.

He continued, "That doesn't mean we should take care of the person who sits at home, eats poorly and gets diabetes. Is that the same thing as Jimmy Kimmel's kid? I don't think that it is."

As of 2014, 29.1 million Americans suffer from diabetes, which is about 9.3 percent of the population.

Under Mulvaney's standard, an examination of their eating habits and how their disease was triggered would have to be undertaken before it could be determined whether they are deserving of health insurance or not. In the meantime, people will suffer and possibly die from their illness.

The Affordable Care Act mandates coverage for people with pre-existing conditions like diabetes, without casting about for blame or applying some kind of litmus test to discern if they are deserving of treatment.

The system championed by Trump, House Speaker Paul Ryan, and the Republican Party would upend that safety net and contribute to ill health and death, in order to justify their sanctimonious attitude.