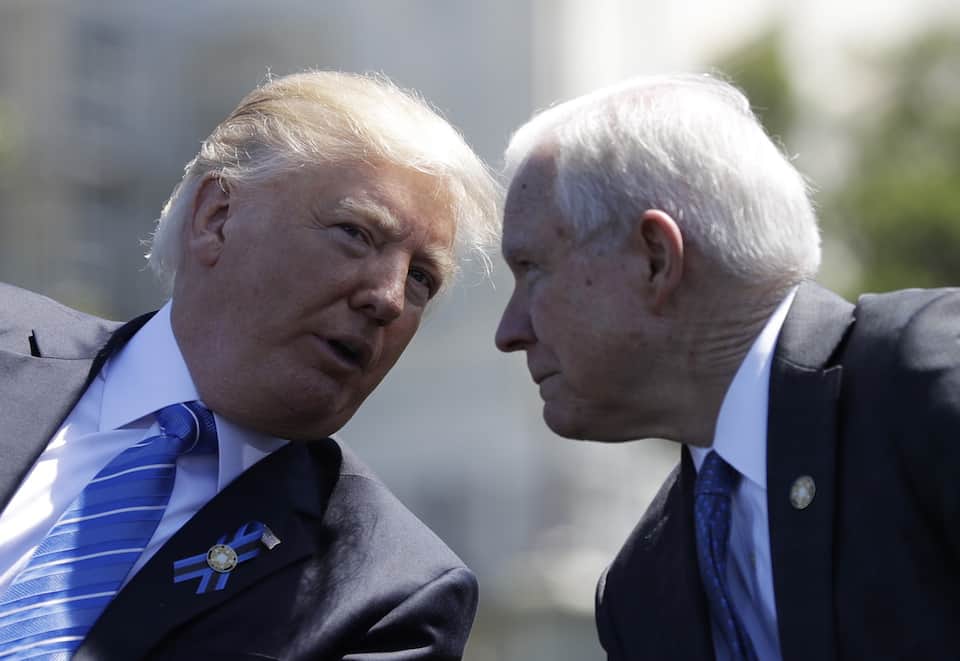 Donald Trump has begun an all-out purge of the government's mechanisms set up to protect civil rights, and Attorney General Jeff Sessions is a major force behind it. But this is nothing new — rather, it is a long-standing action item for the conservative movement and the Republican Party.

The Trump administration has begun a purge of government offices designed to promote civil rights, once again proving their lip service to the cause is just hollow rhetoric.

Most recently, Trump has targeted the Office of Federal Contract Compliance Programs, the division within the Labor Department tasked with policing discrimination among federal contractors, for elimination. The office has operated for four decades.

In response to a story about the plan, White House spokeswoman Kelly Love told the Washington Post, "The Trump administration has an unwavering commitment to the civil rights of all Americans."

But those words are proven meaningless when the actions of the administration are examined closely.

In addition to the attack on the Labor Department, Attorney General Jeff Sessions, who has a history of racial animus, ordered a review of police reform activities, aimed at curtailing or completely throwing out agreements put in place to repeal discriminatory practices that have been used by many police departments.

Sessions also reversed the Department of Justice's position on voter ID, withdrawing support for a lawsuit challenging the policy as discriminatory towards minorities. The judge in the case later found that the voter ID law in Texas was racially discriminatory.

The Trump budget calls for steep cuts to the Education Department’s Office of Civil Rights. The office investigates thousands of allegations about discrimination at colleges, and sets the standard for how schools respond to allegations of sexual assault and harassment. And the Department of Housing and Urban Development revoked a rule that would help transgender people stay at sex-segregated shelters, while the Department of Health and Human Services removed questions about sexual orientation from surveys of older Americans.

Trump also had the Department of Education withdraw support for federal protections for transgender students using the restroom in public schools.

The net effect is a multi-pronged attack on civil rights, and on the federal government's decades-long backing of that cause which began in the wake of the 1960s civil rights movement.

But these actions are nothing new — they are starkly similar to those the conservative movement and the Republican Party have previously advocated. Once again, it is clear that the Trump agenda is just a ramped-up version of the same old conservative agenda promoted for years by Republicans at all levels.