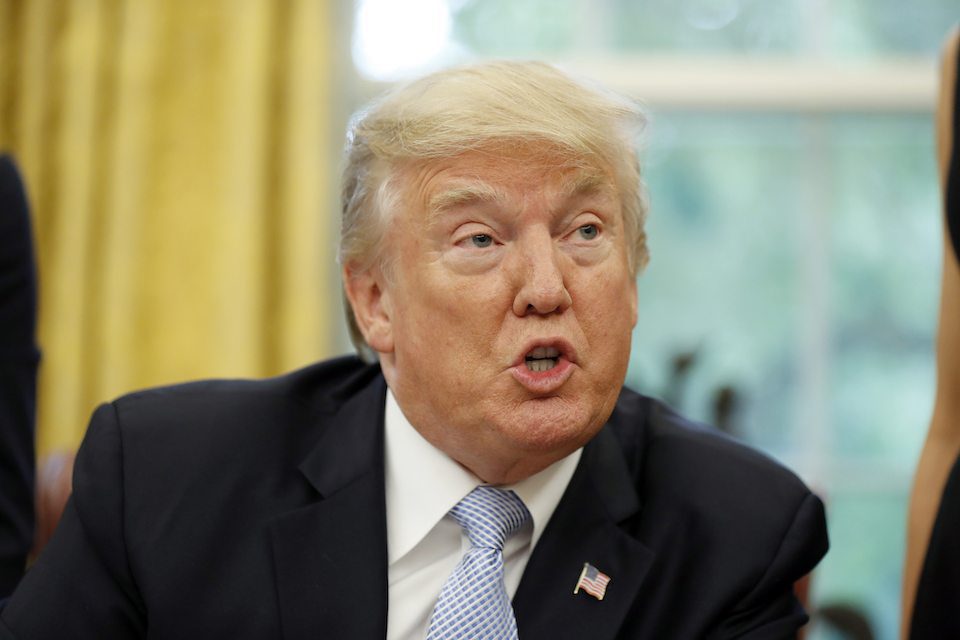 Donald Trump promised to hire the "best" people. Even with three campaign staffers under indictment, Trump's administration stood by the claim.

This came on the same day that two major campaign officials were being arraigned on charges in federal court, and we learned that a third official pleaded guilty to lying to the federal government in the investigation of the Trump campaign's collusion with Russia.

In the daily press briefing, Sanders was asked about the criminal charges facing the Trump campaign officials, and asked if that would impact his previous claim that he hires "the best people."

During the campaign, Trump said he would only "hire the best people" if elected.

Sanders would not take the simple step of admitting that Trump is guilty of a lapse in judgment, a trait that has been a hallmark of his presidency, whether it involves botching hurricane recovery, increasing taxes on the middle class, or sending four soldiers to their deaths in Niger.

REPORTER: … that two people who worked for the president are now under indictment. One has pleaded guilty. And he promised to hire ‘only the best people.’ Is this an example of the ‘best people’ to hire?

SANDERS: Look, again, this goes back to, these were activities that took place outside of the scope of the campaign. I can’t comment on anything they did —

REPORTER: But are these the ‘best people’ to hire?

SANDERS: Look, the president hired Paul Manafort to handle the delegate process, which he did, and he was dismissed not too long after that.

Not only did Sanders duck the question that would expose Trump's judgment deficit, but she compounded the evasive maneuver by lying about Manafort's role in the campaign. She described him as someone who was hired to assist Trump in counting delegates before the Republican convention.

But Manafort was the highest-ranking official in Trump's campaign other than Trump himself.

They announced in May of 2016 that Manafort would become the campaign chairman, which The New York Times reported on at the time as "a broad new role and title." Hope Hicks, Trump's spokeswoman and current White House communications director, told the paper Manafort would work as the chairman and chief strategist.

The Times noted, "Such titles are generally reserved for a presidential candidate’s highest-ranking advisers."

She also lied when she said Manafort was dismissed "not too long" after handling the delegate process. He was hired in late March and not let go until August. He was on the campaign for 143 days.

He was dismissed after news of questionable payments between pro-Russia elements were reported by The New York Times.

Trump showed a lack of judgment in hiring Manafort in the first place. He and informal Trump adviser Roger Stone were part of a shadowy lobbying firm in the 1980s that took part in "influence peddling." That did not disqualify him from running Trump's entire presidential campaign.

Now, even with a criminal indictment, the Trump team stands by the grandiose claim that Trump hires the "best people."

Then again, with Trump's hiring practices in question, perhaps there's no other way for his handpicked press secretary to answer. She's the best he could do.