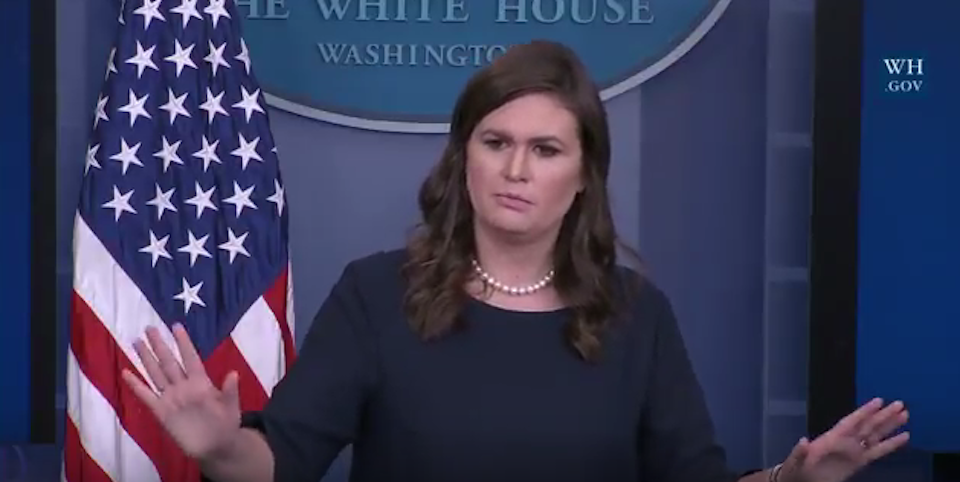 Trump press secretary Sarah Huckabee Sanders threatened to end the press briefing after reporter April Ryan asked her about the administration's sudden decision to ban transgender people from serving in the military.

Sanders' unusual threat came in response to a question from American Urban Radio Networks reporter April Ryan, who was the target of several hostile moments from Sanders' predecessor, Sean Spicer. Spicer would not answer Ryan's questions about Trump's threats toward black colleges, and he lectured her from the podium about shaking her head.

Trump's hastily announced decision affects thousands of service members and their families, and he only announced the decision on Twitter, without briefing Congress. Sources at the Pentagon said they were "blindsided" by the sudden policy announcement.

SANDERS: As I've said before, and I'll try to make this clear, this was a military decision, this was about military readiness, this was about unit cohesion, this was about resources in the military, and nothing more. Guys, I really don't have anything else to add on that topic. As I do, I'll keep you posted, but if those are the only questions we have, I'm going to call it a day.

The Trump administration has not followed standard protocol, which would be to make a full policy roll out of the announcement, along with related policies from the Department of Defense.

Members of Congress, including several Republicans, have panned the decision. The Trump administration has bungled yet another decision affecting the lives of many Americans.