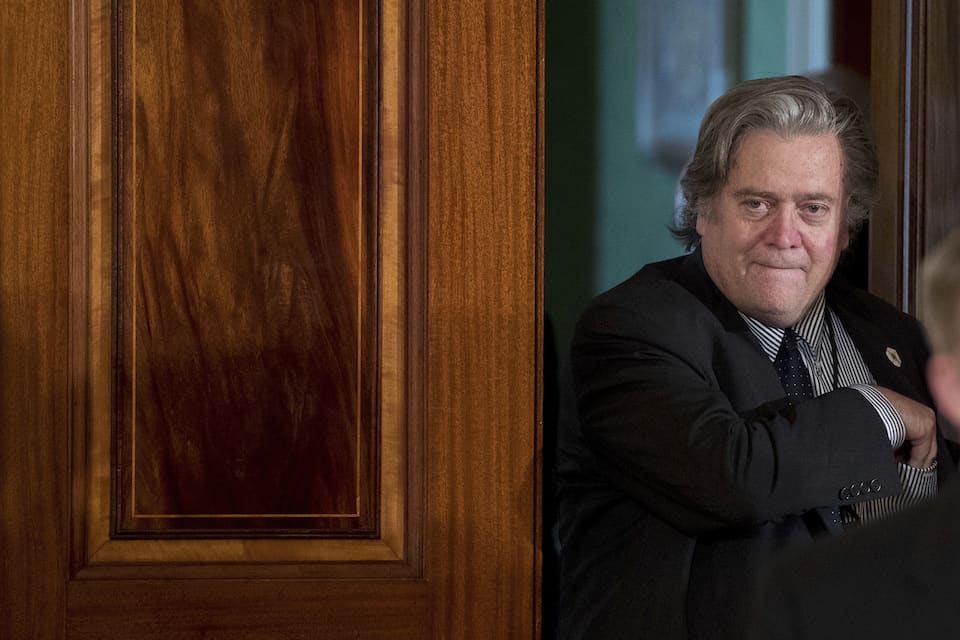 Donald Trump's recent series of foreign policy blunders are a direct consequence of the white supremacists and nationalist fanatics who continue to dominate his inner circle.

The month of May saw an absolute meltdown of American foreign policy.

Donald Trump seized every opportunity to alienate U.S. allies, from accusing NATO leaders to their faces of being moochers, to pulling out of the Paris climate accord, to essentially saying London was attacked by terrorists because their mayor is a wimp.

The fallout from Trump's actions will haunt the United States for years. We have made it harder to form economic and security partnerships with other countries, and shaken the world's faith in the partnerships we currently have.

It is crucial to remember, however, that Trump did not cause this chaos on his own. He acted on the suggestions of a small circle of white nationalist advisors who continue to whisper in his ear, often against the advice of more knowledgeable advisors.

Take, for example, Trump's widely panned NATO address. According to a new article in Politico, the speech originally included a passage in which Trump would reaffirm the U.S. commitment to Article 5 — the provision that an attack on one NATO member is an attack on all, and every member will go to war to defend any other member who is attacked.

This is a straightforward and vital thing for Trump to say. Article 5 is a core section of NATO. It is why NATO countries sent troops to help the United States after 9/11, and lost over 1,000 of their own troops in Afghanistan fighting for us. The United States is bound to do the same for any other NATO member.

Secretary of State Rex Tillerson, Secretary of Defense James Mattis, and National Security Advisor H. R. McMaster all fought to include this language in Trump's speech. But at the last minute, Trump cut the line without telling any of them — on the advice of white nationalist advisors Steve Bannon and Stephen Miller.

Ostensibly, Bannon was removed from the national security council two months ago. But somehow, he still has the power to override everyone on it, including career professionals who have expertise on issues of national security.

Another key example is the Paris climate agreement. Trump's decision to exit sparked international outrage, broke promises to major countries we might need to make treaties with later, and created a power vacuum that positions China to overtake the United States on energy leadership.

Trump administration officials warned him this would happen. Even Tillerson — who was a staunch climate denier as CEO of Exxon — begged Trump not to exit the Paris agreement, because it would be a diplomatic catastrophe.

But Trump ignored that advice and instead listened, again, to Bannon, who demanded a total exit.

Trump's entire administration is full from top to bottom with corrupt cronies, many of whom are completely unqualified for their jobs. But even on occasions when his officials give him genuine advice, he lets his far-right nationalist friends make the call instead. Under Trump, the worst of the worst are always running the show.