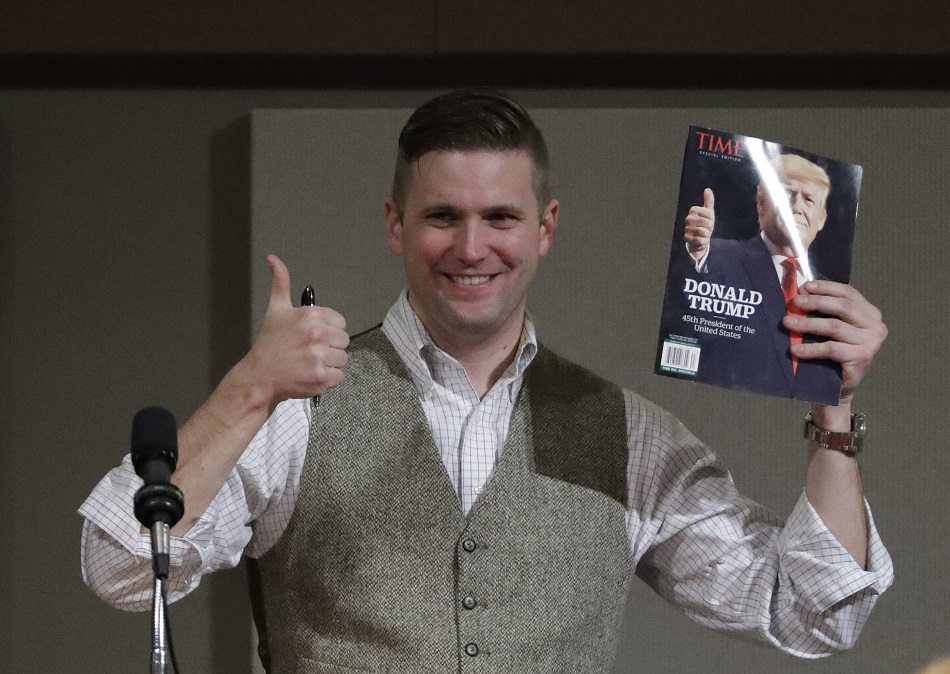 President-elect Donald Trump has already spent years endearing himself to white supremacists. And according to a new report, several white nationalist "charities" now expect to cash in big on the Trump presidency, at taxpayer expense.

New reporting by the Associated Press reveals that several "white nationalist" groups have been receiving millions in tax-free "charitable" donations over the last decade by registering as charities with the IRS, an outrageous issue all on its own.

Now these groups believe that the Donald Trump administration will help them further fill their tax-exempt coffers:

The federal government has allowed four groups at the forefront of the white nationalist movement to register as charities and raise more than $7.8 million in tax-deductible donations over the past decade, according to an Associated Press review.

Already emboldened by Donald Trump’s popularity, group leaders say they hope the president-elect’s victory helps them raise even more money and gives them a larger platform for spreading their ideology.

The piece goes on to quote the groups' leaders, who say they have either already been helped by Trump's candidacy and victory, or predict that they will be:

That is the same Richard Spencer who headlined a white nationalist conference in Washington, D.C., after Trump's win.

He and his contemporaries will continue to raise money tax-free because the IRS opened the door to them over a decade ago when it recognized white supremacist groups like Spencer's, as well as the New Century Foundation, the Charles Martel Society, and the VDare Foundation as charities.

One expert, a former IRS attorney, told the AP that the agency can't keep up with the volume of applications, and so groups like these slip through:

“A lot of applications fly through,” Hackney said. “They’re looking for easy ways to sort things out and kind of give rubber stamps.”

Moreover, while the IRS has had some successes in years past at withholding tax-exempt status from groups that "merely spread propaganda," more recent events are still impacting how they do their work:

Some tax experts said the IRS is still feeling the sting from conservative critics over its 2013 concession that it unfairly gave extra scrutiny to tea party groups seeking tax exemptions.

And they are not likely to get any braver once President-elect Trump is sworn in, given that his chief strategist was the head of "alt-right" hub Breitbart.com, and that Trump's own national security adviser is taking meetings with people like the head of a political party founded by literal Nazis.

Trump has also shown little concern for the surge of hate incidents that followed his electoral victory, and has instead praised the viciousness and violence of his supporters.

The irony is that Trump could cause a spike in hate group membership like that which followed Barack Obama's inauguration as the first Black president.

In Trump's case, though, these groups will not only have sympathetic voices at the highest levels of power, but a whole lot of extra cash on hand, as well.