Home National Why have pollsters stopped asking if we are ready for a woman...
Support progressive journalism.
Donate today 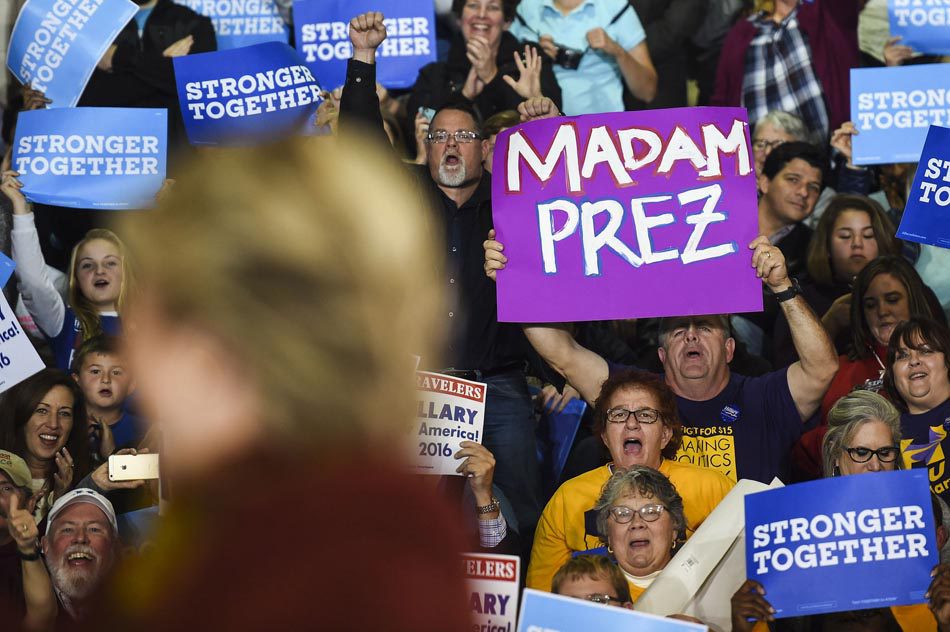 Assessing people's feelings about the nation's "readiness" for a woman president was long a staple of political polling, but in the first general election with a major-party female nominee, they have stopped asking. It is a curious omission, as gender bias has run deep through the election.

One of the curious things about this historic election is that pollsters have all but abandoned questioning whether the nation is "ready" for a woman president.

The question has long been a staple of polls measuring national political attitudes: "Gallup have carried out similar polls at periodic intervals since 1937, when only one-third of those polled said they would back a female candidate."

But there has not been a polling question during the general election assessing readiness, even as we come ever closer to the possibility.

The most recent poll to ask the question appears to be a CBS News poll from mid-June, which found that 80 percent of respondents "say the U.S. is ready to elect a woman for president, a doubling of the percentage that said so twenty years ago."

It is extraordinary that such a significant segment of the population still does not wish to see a woman elected — and how little that has been explored on the precipice of a female presidency.

Perhaps pollsters figure that the nomination of a woman by a major party means the nation is, indeed, ready. But, if so, they have figured wrong, given the enormous amount of gender bias that Hillary Clinton has faced and continues to face.

The decision to stop asking the question seems less like a celebration that the nation has passed a crucial threshold and instead like further erasure of the sexism directed at Clinton and promulgated by her opponent.

Clinton is making history, and it is frustrating how many of our institutions seem invested in concealing the contours of the seismic history she is making.