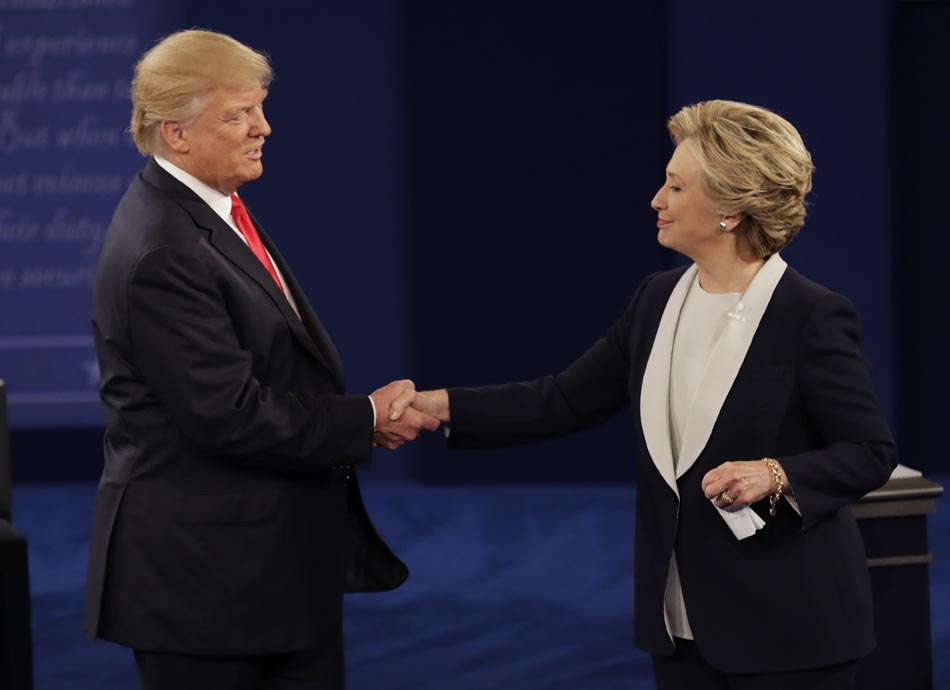 After an hour and a half of tumult, the final moments of the second presidential debate came down to Donald Trump (unintentionally) giving Hillary Clinton a stellar endorsement.

Donald Trump spent the entire debate stalking Hillary Clinton around the stage, sniffing, being belligerent, lying, throwing his running mate under the bus, saying he would throw Clinton in jail if he were president, and defending condoning sexual assault as "locker room talk."

Clinton, meanwhile, comported herself with the usual competence, composure, and dignity. Trump tried over and over to throw her off her game, but she never took the bait.

And then came the final audience question, from a man who wanted to know, amidst all the mudslinging, could each of the candidates say something they admired about each other.

Clinton said she admired Trump's children. And Trump, incredibly, after spending the entire debate (erroneously) asserting that Clinton has never accomplished anything, fundamentally undermined his case against her:

That is definitely a true thing about Clinton. Indeed, her tenacity is one of her most important qualifications and personal qualities.

It was certainly unexpected, but it sounded like Donald Trump just endorsed Hillary Clinton.