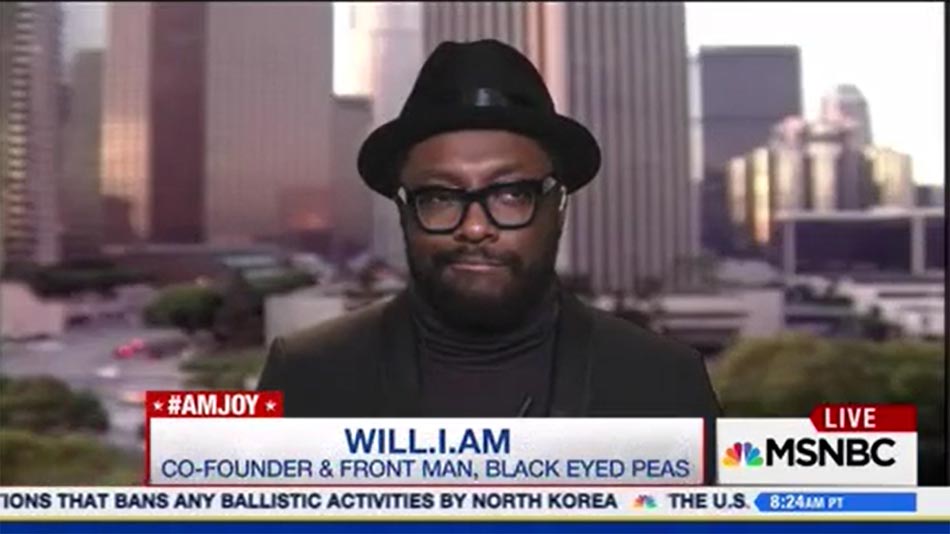 During an interview with Joy Reid, Black Eyed Peas co-founder and frontman Will.I.Am got emotional, choking back tears, as he bluntly expressed what makes him sad about the possibility of a Trump presidency.

On AM Joy, Joy Reid asked Will.I.Am what he thinks the biggest fear is among the creative community about a Donald Trump presidency. Will.I.Am became emotional as he expressed how deeply sad Trump's candidacy has made him, because Trump doesn't appear to care about anyone but himself.

I don't think he cares about anything but himself. And that's sad.