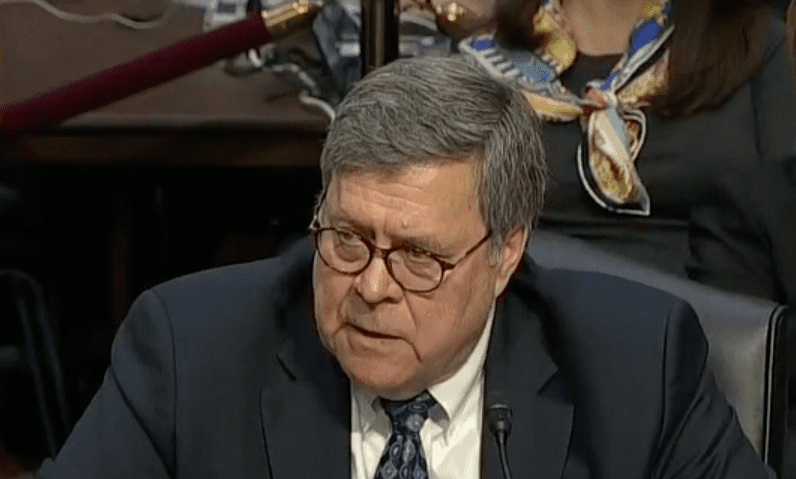 William Barr can't be trusted to keep Trump's war on the free press in check.

William Barr, Trump's nominee for attorney general, told senators during his confirmation hearing that he could conceive of a circumstance where it would be necessary to jail reporters for exercising their First Amendment rights.

Barr was asked by Sen. Amy Klobuchar (D-MN) if under his leadership the Department of Justice would "jail reporters for doing their jobs."

Instead of rejecting the premise out of hand, Barr paused for several seconds before giving a frighteningly equivocal answer.

"I can conceive of situations where as a last resort, and where a news organization has run through a red flag or something like that, knows that they're putting out stuff that will hurt the country — there might be a — there could be a situation where someone would be held in contempt," he said.

Right now, we have no idea what Barr means when he refers to journalists doing something "that will hurt the country" after ignoring "red flags." These comments would give him plenty of room to rubber-stamp Trump's toxic war on the free press.

Trump repeatedly attacks news outlets that accurately report unflattering or embarrassing information about him and his administration. If a story makes Trump look bad, he automatically labels it "fake news" without providing evidence of why the story might be wrong.

The Trump administration even revoked the White House press credentials of CNN reporter Jim Acosta largely due to his skeptical coverage of Trump's repeated lies and racism. A judge later forced the White House to back down and give Acosta his badge back.

If Barr would even consider letting Trump decide the limits of the First Amendment, he wouldn't be doing his job as attorney general to protect and defend the Constitution.