Home National With Houston underwater, Trump turns a policy speech into a taxpayer-funded campaign...
Progressive journalism is under attack. Please help us fight back!
DONATE 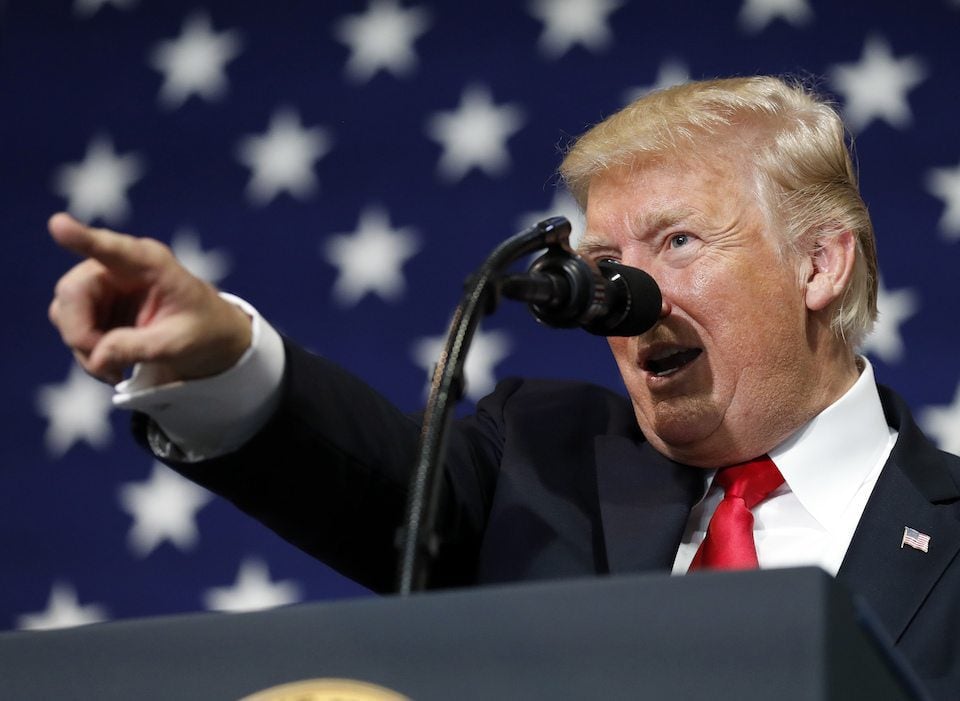 Donald Trump turned what was billed as a speech on tax policy into the equivalent of a Republican Party campaign event, pushing the audience to vote against Democratic Sen. Claire McCaskill.

Donald Trump used a taxpayer-funded event, billed as a "tax reform kickoff," and turned it into a Republican Party rally by calling for Sen. Claire McCaskill (D-MO) to be voted out of office.

The trip to Springfield, Missouri, was billed as an official presidential trip, and he flew aboard Air Force One along with Sen. Roy Blount (R-MO) and other members of his Cabinet.

Yet as he gave his speech, Trump decided to target McCaskill, who is up for re-election in 2018. He said that she had to support tax cuts and said if she opposed them, "you have to vote her out of office."

TRUMP: So we must, we have no choice, we must lower our taxes. And your senator, Claire McCaskill, she must do this for you, and if she doesn’t do it for you, you have to vote her out of office.

Trump has had McCaskill in his sights, just days ago tweeting that a Republican "will win" the election there because McCaskill is "opposed to big tax cuts." Pro-Republican groups are in sync with Trump on this front, with the right-wing Club for Growth raising $10 million earmarked to support a Republican challenger.

The remark came a day after Trump turned his trip to Texas related to Hurricane Harvey into a campaign-style event, remarking, "What a crowd, what a turnout," as he spoke.

Trump was also caught commingling his role as the head of the GOP with the office he currently holds, as the White House sent out photos of Trump wearing a hat only available from his campaign as part of its hurricane response. Trump also wore the hat during his visit to Texas.

Melding official duties with partisan Republican jockeying is a violation of how a president should behave, but Trump has shown repeatedly that when it comes to what he personally wants, it just doesn't matter.