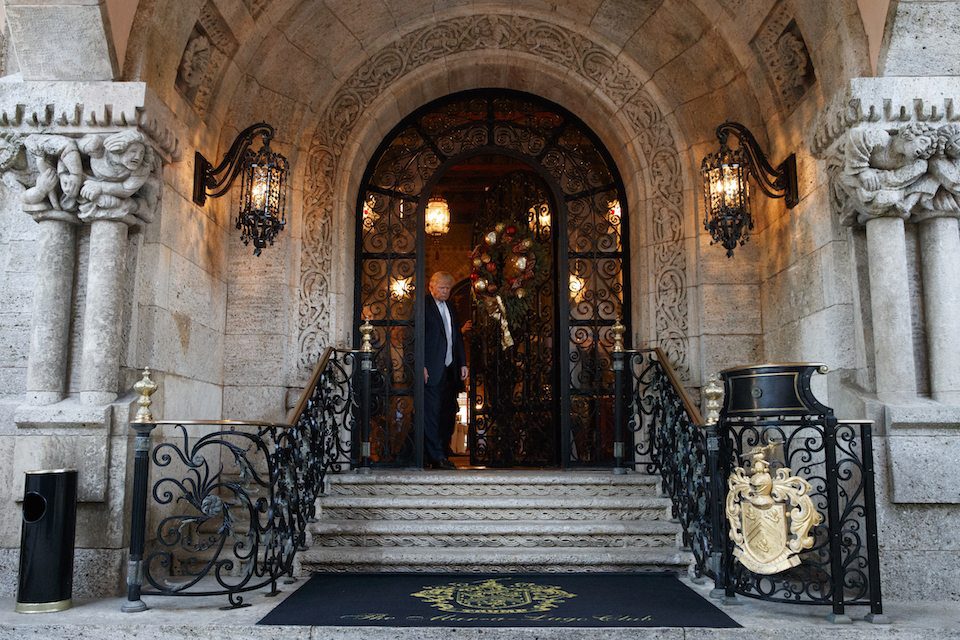 In their defense of Donald Trump's frequent visits to his Mar-A-Lago estate in Florida, the White House is continuing the Trump-as-populist lie that helped propel him to the presidency.

Throughout the presidential campaign, Trump presented himself as a populist, someone who would represent the interests of the working and middle class of our nation. During his speech at the GOP convention accepting the Republican nomination, Trump asserted:

"Every day I wake up determined to deliver for the people I have met all across this nation that have been ignored, neglected, and abandoned. … These are people who work hard but no longer have a voice,” Trump said. “I am your voice.”

This is not the first time Trump has misrepresented his elitist compound in Florida as a supposed shining example equal opportunity and populist sentiment. In 2016, Trump appeared to brag because Mar-A-Lago does not limit its membership to whites:

Trump lied and conned 46.1 percent of voters into believing his populist claims. This recent assertion that Trump's visits to Mar-A-Lago represent access to the president for "regular Americans" — when the majority of Americans do not earn anywhere near enough money to gain that access — is blatant evidence the White House is continuing the con on Trump's behalf.