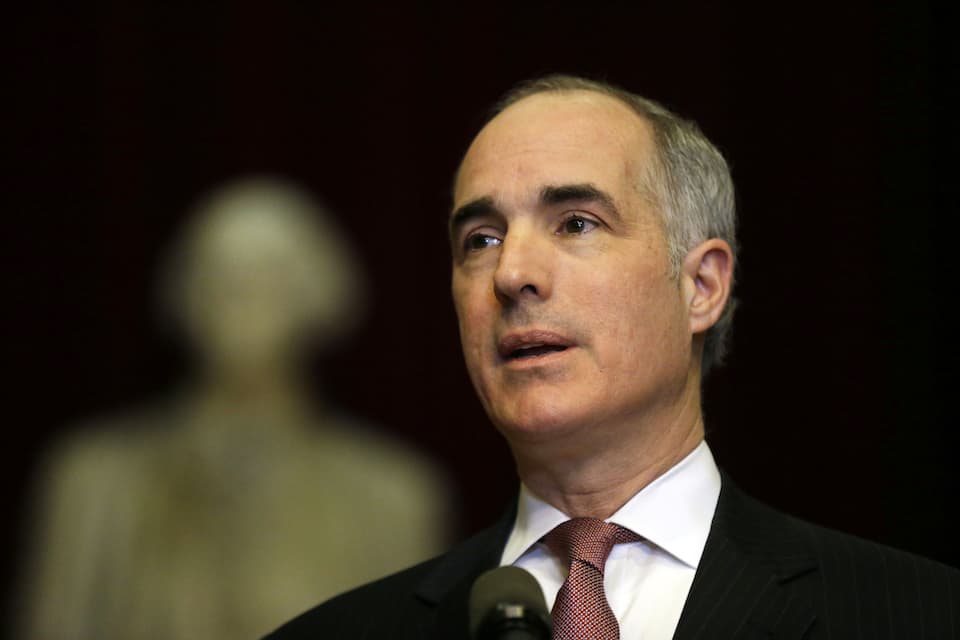 Grassroots voters are showing up at Democratic town halls to encourage their elected officials to strengthen their resistance to Donald Trump, a sign that the movement continues to grow and become more sophisticated.

Voters want their elected representatives in Washington to show more backbone in their resistance to Donald Trump and the Republican Party's agenda, and they are not reticent about making it known.

The message was delivered loud and clear to Senator Bob Casey (D-PA) at a town hall meeting he held at the University of Pittsburgh in Pennsylvania.

Most of the disagreements with Mr. Casey or tough questions for him seemed to be coming from his political left, as a number of those in attendance said they felt he should take stronger stands against hydraulic fracturing — known as fracking — for natural gas reserves, that he should oppose any further U.S. military action in Syria (President Donald Trump ordered an airstrike against a base after a chemical gas attack on civilians last week), and he should support a "Medicare for all" health care system.

"I’m going to speak to you like a family member," said another woman, who added she hoped he would be re-elected in 2018. "I hope that you are sensing the kind of angst, desperation, the anxiety that exists among all of us and throughout the country right now. … Step up your passion," for the election, she told him.

Since Trump took power, he has faced an unprecedented resistance from grassroots progressives, who have strongly pushed against his efforts to move America into a right-wing kleptocracy, where he personally profits and only the interests of the far right have any influence.

The grassroots emboldened Democrats to strongly vet and oppose Trump's cabinet nominees, while rushing to airports to protest his Muslim ban and rallying the country to defeat the Republicans' attempt to repeal Obamacare.

Casey had shown up at Philadelphia International Airport to be part of the protest against the Muslim ban. At that time, he declared: "I won't stand by as the promise of America is diminished."

The resistance is not a flash in the pan; it is a movement that intends to keep the pressure on Democrats like Casey to continue standing up for progressive values and against this administrations abuses of power, and it threatens to punish Republicans at the ballot box for their misdeeds and enabling of extremism.