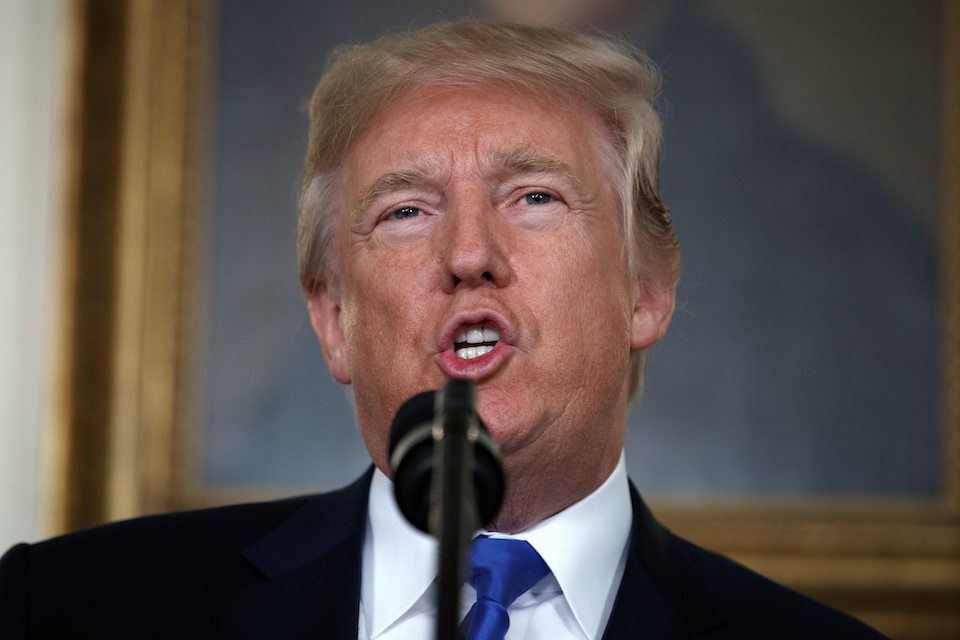 States that voted for Trump will be hurt the most by his decision to end health insurance subsidies.

Donald Trump's decision to end a provision of the Affordable Care Act that helps people afford health insurance will harm states that voted for him in 2016 the most, according to a new analysis conducted by the Associated Press.

The ACA's cost-sharing subsidies help low- and middle-income earners afford health insurance by lowering the price of deductibles and co-pays. But in his effort to sabotage the health care law, Trump announced last week that he was ending the subsidies, which currently benefit roughly 6 million people.

According to the AP's analysis, 70 percent of Americans who benefit from the ACA's subsidies live in states that Trump carried.

In the 30 states that voted for Trump in November 2016, about 4 million people currently rely on the cost-sharing payments to afford the price of health insurance, the analysis found.

Of the ten states with the highest percentage of people benefiting from the subsidies, all but one (Massachusetts) voted for Trump.

While insurers are obligated by federal law to continue providing the subsidies, Trump's announcement means that the federal government will stop making payments to reimburse insurers for the cost.

As a result, "Health insurers will have to raise premiums substantially, potentially putting coverage out of reach for many consumers. Some insurers may decide to bail out of markets altogether," AP reported.

Ultimately, voters in the states that put Trump into office will be impacted the most by the increase in prices and lack of insurance plans to choose from.

One Wisconsin resident told the AP that Trump's move to end the subsidies will likely leave her with a monthly insurance premium that costs more than her mortgage payment — a scenario she described as a "horror."

In other states, the situation is even worse.

Florida residents are likely to see a 45 percent increase in premiums next year, which will put the cost of health insurance out of reach for many people.

“I think it’s kind of a tragic decision on the president’s part," said Florida resident Sherry Riggs. "For some people it would be a death sentence."

This is hardly the first time Trump has failed to fulfill a campaign promise and betrayed the very people who put him into office.

Despite repeated pledges on the campaign trail to address the opioid crisis, Trump has shown no interest in doing anything to help those in need of addiction services. Rather, he's done just the opposite, reverting back to a "tough on crime" approach that treats substance abuse as a crime, not an illness. One addiction expert described Trump's approach as a "death sentence."

Trump's humiliation over his failure to repeal Obamacare pushed him into this heartless decision. As members of Trump's own party have said clearly, this move will do nothing but hurt people — a lot of people.

While Trump's voters may dislike the idea of Obamacare, there's one thing they're sure to dislike even more: Paying more money and getting less in return.