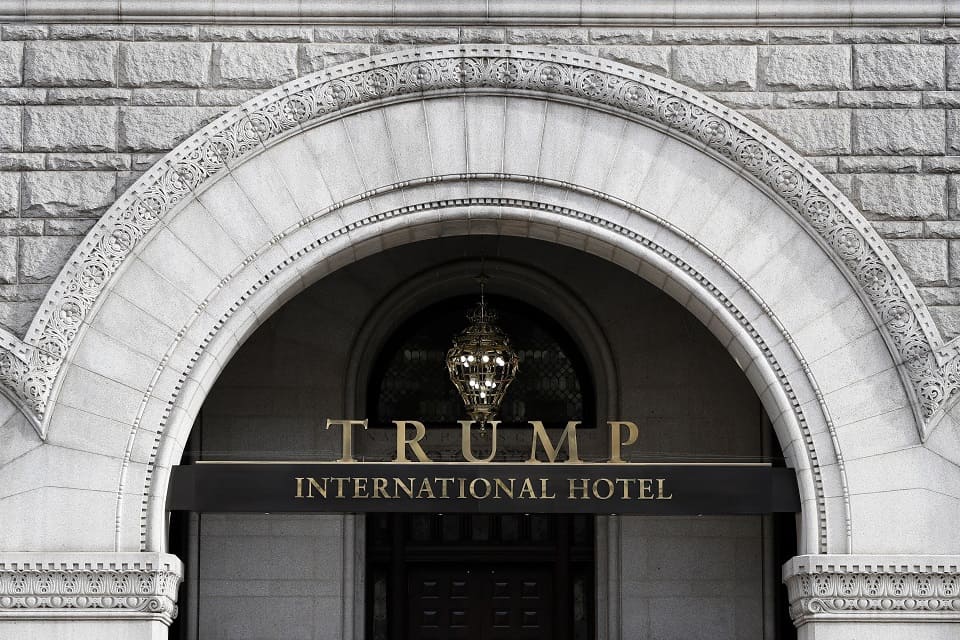 Yelp is allowing pro-Donald Trump trolls to attack a business suing Trump's hotel, while at the same time screening the contents of reviews for Trump's hotel property.

The owners of Cork Wine Bar and the Cork Market & Tasting Room in Washington, D.C., are suing Donald Trump, alleging that his ongoing relationship with Trump International Hotel in D.C gives the hotel an unfair business advantage. Owners Khalid Pitts and Diane Gross are asking the D.C. Superior Court to force Trump to do one of three things to remedy the unethical arrangement: completely divest from the hotel; shut down the hotel while he is in office; or resign from the presidency.

Gross said, "We're used to a lot of competition — it makes you better, faster, stronger — but the competition that's coming from the hotel is not fair."

Already, there is evidence that diplomats and politicians looking for an "in" with Trump are moving their business to his hotel near the White House, which gives the establishment a leg-up that other businesses cannot possibly compete with.

In retaliation, Trump supporters have begun to swarm Cork's page on the review site Yelp. Since the lawsuit was filed, Trump fans have been giving a thumbs-down to the business with one-star reviews and allegations about an establishment they have likely never been to.

In a comment to Shareblue, Pitts said that the restaurant has "never" experienced "anything like this" type of online attack on their business before. The Washington Post previously described Yelp as "arguably the most significant" of the review sites and detailed how negative feedback on the site can have a very real impact on a businesses' bottom line.

A sample of the Trump-backlash reviews Cork has received:

- "Free market lovers avoid this restaurant at all costs! The only thing about this place that whines is its owners!"

- "The food taste like hot garbage, the servers were smug, and inaccurate. The place is just a super cliche, cookie cutter wine bar. To top it all off, the wine selection was crap."

- "Please learn how to run a restaurant and learn manners."

- "I dined here. Wow. Horrible experience. The bathroom was a mess, and I saw several bugs on my table."

Previously, the New York Times reported that Cork has been named one of the best wine bars in the country by Food and Wine, while receiving raves from Bon Appétit.

By comparison, the Yelp page for Trump International has multiple notices that the page is being actively monitored for negative reviews inspired by news stories about Trump and his connection to the hotel. Yelp writes, "While we don't take a stand one way or the other when it comes to these news events, we do work to remove both positive and negative posts that appear to be motivated more by the news coverage itself than the reviewer's personal consumer experience with the business."

Yelp also previously defended the Trump Grill when it came under fire in December and had its page filled with snarky and negative remarks about Trump.

The tactic echoes the bullying and abuse that Trump supporters have heaped on reporters and ordinary individuals on social media, sometimes to the point of issuing death threats in addition to racist and misogynist messages. Simply standing by when this type of organized online mob is in action is unconscionable, but made worse when Yelp has also publicly defended Trump's properties from negative rhetoric.

The bullies, and the reaction to them, adds to the evidence of the negative disruption caused by Trump's insistence on intermingling his private affairs with the office of the presidency.