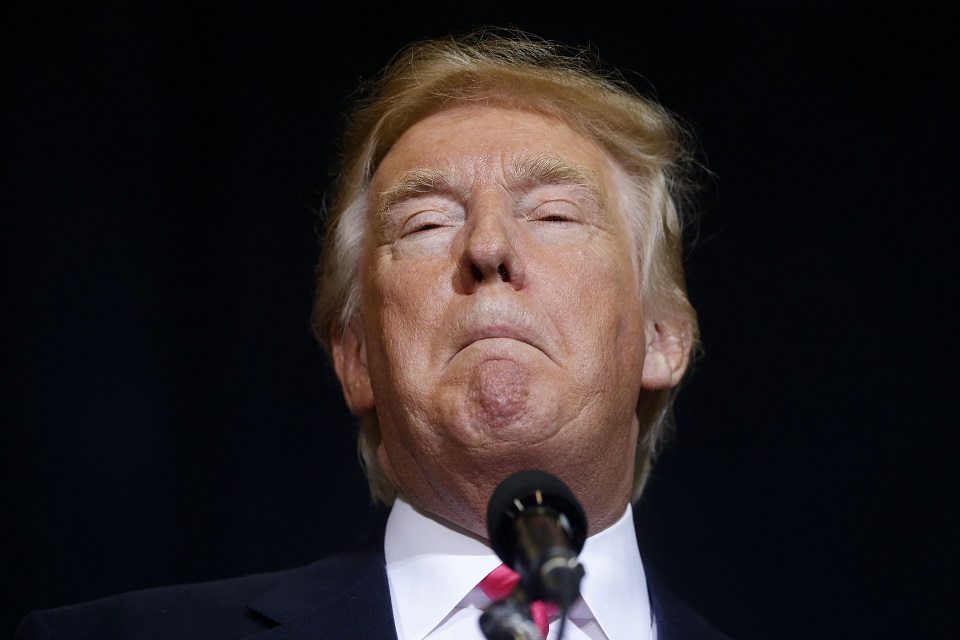 Donald Trump made it perfectly clear during the campaign that he wanted to ban Muslims from the United States. And now a fourth court has refused to allow his Muslim ban to go forward because Trump's order "drips with religious intolerance, animus, and discrimination."

Another day, another gut punch of bad news for Donald Trump and his flailing administration.

This time, the bad news comes from the 4th Circuit Court of Appeals, which refused to lift the injunction on Trump's so-called "travel ban" that not-at-all coincidentally bans travel from Muslim-dominant countries. And, as three other courts have previously ruled, this is due, in no small part, to Trump's very own words.

In its ruling, the court did not mince words, describing Trump's ban as "an Executive Order that in text speaks with vague words of national security, but in context drips with religious intolerance, animus, and discrimination."

Despite protestations from the Trump administration that the executive orders are not designed to target Muslims, this court, like the others before it, does not buy that excuse:

The evidence in the record, viewed from the standpoint of the reasonable observer, creates a compelling case that EO-2’s primary purpose is religious. Then-candidate Trump’s campaign statements reveal that on numerous occasions, he expressed anti-Muslim sentiment, as well as his intent, if elected, to ban Muslims from the United States.

The court then recites an excruciating long list of Trump's statements expressing his "anti-Muslim sentiment":

For instance, on December 7, 2015, Trump posted on his campaign website a “Statement on Preventing Muslim Immigration,” in which he “call[ed] for a total and complete shutdown of Muslims entering the United States until our representatives can figure out what is going on” and remarked, “[I]t is obvious to anybody that the hatred is beyond comprehension. ... [O]ur country cannot be the victims of horrendous attacks by people that believe only in Jihad, and have no sense of reason or respect for human life.”

In a March 9, 2016 interview, Trump stated that “Islam hates us,” ... and that “[w]e can’t allow people coming into this country who have this hatred[.]” … Less than two weeks later, in a March 22 interview, Trump again called for excluding Muslims, because “we’re having problems with the Muslims, and we’re having problems with Muslims coming into the country.” ... And on December 21, 2016, when asked whether recent attacks in Europe affected his proposed Muslim ban, President-Elect Trump replied, “You know my plans. All along, I’ve proven to be right. 100% correct.”

The reality, as this and other courts have acknowledged, is that regardless of the White House's attempts to put lipstick on this pig, Trump's own words make it perfectly clear that he wanted and intended to ban Muslims from entering the United States. And as president, that is exactly what he has tried to do.

The administration's statements regarding Trump's first and second executive orders have only served to confirm his real intent:

These statements, taken together, provide direct, specific evidence of what motivated both EO-1 and EO-2: President Trump’s desire to exclude Muslims from the United States. The statements also reveal President Trump’s intended means of effectuating the ban: by targeting majority-Muslim nations instead of Muslims explicitly.

Donald Trump ran on a platform of racism, bigotry, discrimination, and hatred. The policies he has attempted to implement as president are a predictable fulfillment of that campaign. And everyone knows it.