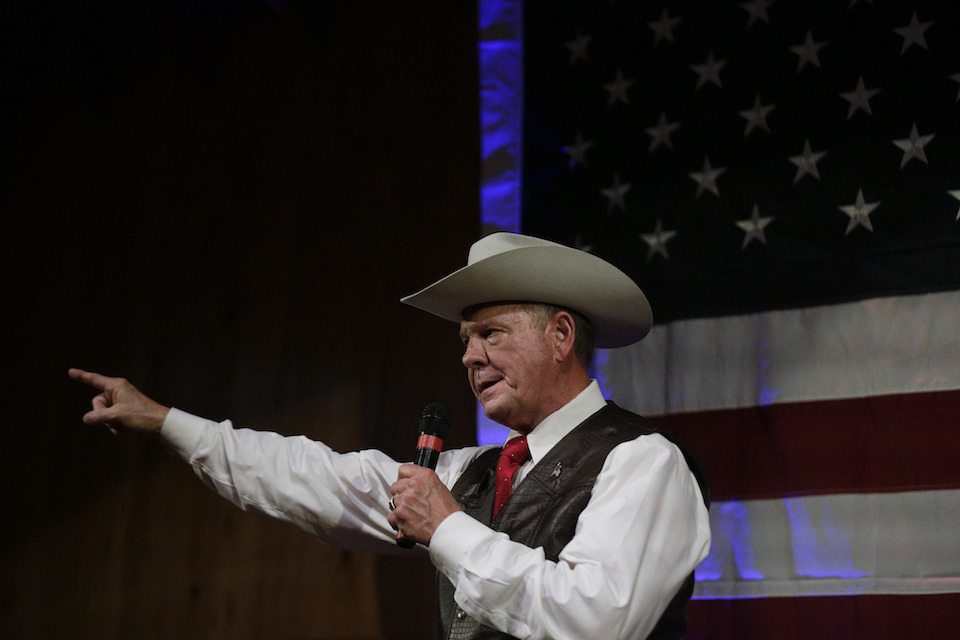 Republicans are going to shocking and despicable lengths to defend their Senate nominee's alleged sexual assault of a 14-year-old girl.

Republican Senate nominee Roy Moore, radical conservative and unapologetic bigot, has long been a disgrace to Alabama, but the way his party is now rallying around him in the wake of child molestation charges is even worse.

The responses from Alabama Republicans have ranged from smearing victims to actually defending pedophilia. But state Rep. Ed Henry's response to allegations that Moore molested a 14-year-old girl and preyed on three other teenagers might be the worst.

"If they believe this man is predatory, they are guilty of allowing him to exist for 40 years. I think someone should prosecute and go after them. You can’t be a victim 40 years later, in my opinion," Henry told the Cullman Times.

Henry does not actually believe the allegations, however.

"I’m not buying it," he said. "It’s too easy for someone to make these accusations."

It is not clear what Henry thinks the charges against these women should be. There is no law that requires victims of sexual assault to come forward, and the treatment of these women by Republicans like Henry makes clear that it is certainly not easy to make such accusations.

It is telling, however, that Henry says the women are guilty of not reporting Moore's abuse, but says nothing about Moore's guilt.

Sadly, Henry is but one of several Republicans aggressively defending Moore and the behavior of which he is accused.

Bibb County Republican Chairman Jerry Pow said that even if Moore did commit these heinous acts, he would still rather vote for Moore over his Democratic opponent, Doug Jones.

Marion County GOP chairman David Hall said the allegations are not relevant because "it was 40 years ago."

Alabama state auditor Jim Zeigler audaciously compared the alleged molestation of a 14-year-old to the story of Jesus. "Take Joseph and Mary," he said. "Mary was a teenager and Joseph was an adult carpenter. They became parents of Jesus."

The despicable defense of such behavior is not limited to Alabama Republicans, however.

The response from the White House — occupied by an admitted sexual predator who has also been accused of assault and harassment by a number of women, including his ex-wife, over many years — was also appalling.

"Like most Americans, the president believes we cannot allow a mere allegation, in this case one from many years ago, to destroy a person’s life," said White House press secretary Sarah Huckabee Sanders.

Trump himself has giddily commented on "mere allegations" when they serve his interests. And of course the explosive story about Moore is not "a mere allegation." There are four allegations against Moore, and in the Washington Post's diligent investigation over several weeks, it spoke with more than two dozen people to corroborate these stories.

It is certainly telling, however, that the White House expresses sympathy and concern for Moore and how the charges might affect him, but does not acknowledge his alleged victims and how their lives have been affected.

The Republican response to the Moore scandal is a horrific reminder of how willing the party is to excuse any behavior — even pedophilia — when the perpetrator is one of their own.