Home National Youngest Dems in Congress will give their generation a voice on education,...
Support progressive journalism.
Donate today 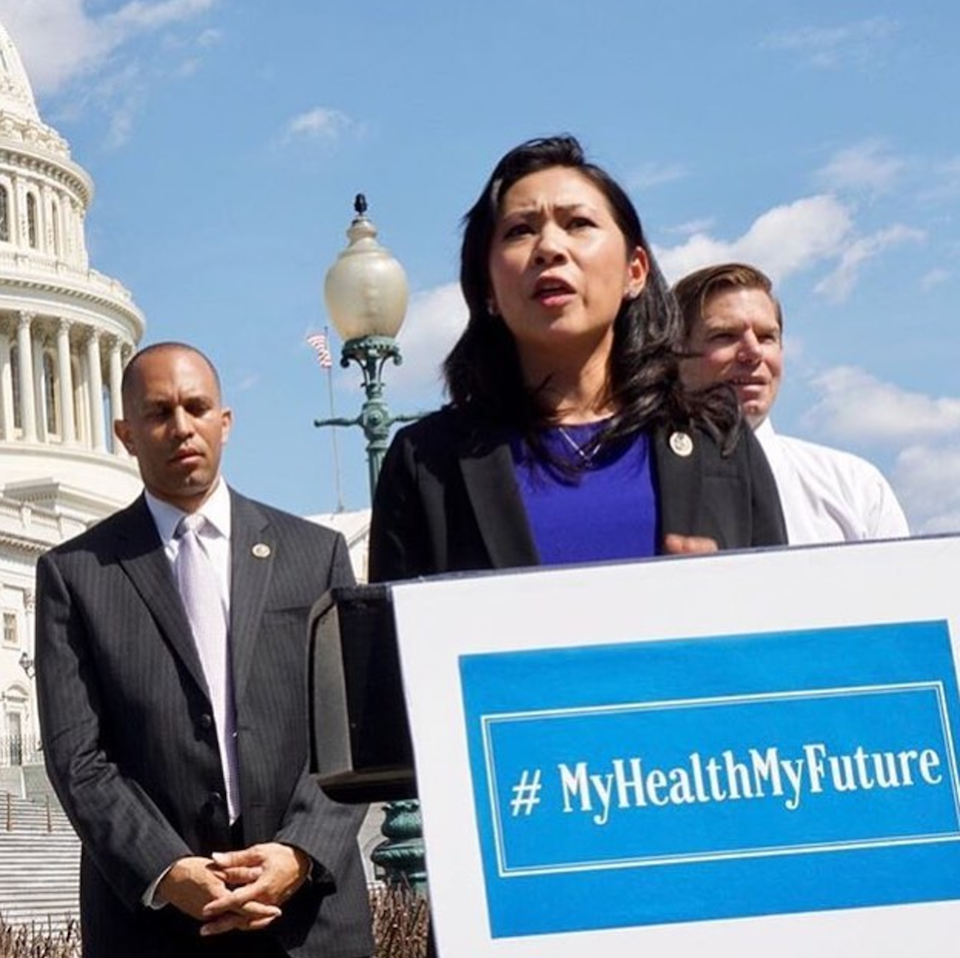 Instagram/Future Forum Foundation
Get The American Independent in your inbox

There's a new generation of Democrats in Congress, and they're on a mission to make sure their millennial peers have a voice in their government.

When Florida Democrat Patrick Murphy was elected in 2012, he was the youngest member of Congress, at only 29.

Two years later, he and his fellow young colleagues created the House Future Forum — a caucus of the youngest representatives, many of them millennials — to make sure that legislation focused not only on the problems of the past but on the opportunities of the future.

The group includes some of the House's hottest rising stars in the Democratic Party, including California's Eric Swalwell, 36, who chairs the caucus, and Ted Lieu, a savvy and prolific Twitter user; Colorado's Jared Polis, the first openly gay parent in Congress; and Stephanie Murphy of Florida, the first Vietnamese-American woman elected to Congress.

The caucus is now looking beyond its own chamber to figure out how to make sure its younger constituents have a real voice.

On Wednesday, the group of 26 announced the launch of the Future Forum Foundation, chaired by Murphy, who lost a Senate bid to Marco Rubio in 2016 but remains committed to the issues that sent him to Congress in the first place.

"The priorities for us are really making sure that millennials as a generation have a voice," Murphy said. "This is the largest generation in the country, but you look at policies, and by and large, they're geared toward older generations."

The Foundation's goal is to bring together young professionals, students, start-up businesses, and big businesses, to ensure that the needs of the millennial work force and the companies that employ them are "all translated to these elected officials." It's Congress, after all, who enacts — or, all too frequently, ignores or misunderstands — policies that reflect today's reality, in which so many workers are burdened with student loans and debt, subsisting on two or three "gig economy" jobs that don't provide any benefits.

"This is an opportunity," said Murphy, "to make sure that our friends and our millennials aren't going to get taken advantage of as independent contractors, that they have a voice for someone fighting them."

Too often, Murphy said, Congress is focused on how to address problems of the past. "You could go down the line of all the big pieces of legislation," he said, "and very few of them are looking ahead to things that might be problems or opportunities in the future."

That's something Murphy and the youngest Democratic lawmakers want to change.

"Technology is the next industrial revolution," Murphy said. "We can either choose as a country to be a part of that and lead the way, or we could talk about coal mining and jobs of yesterday. And I think not only as a party, but as a country, it makes sense for us to talk about the future of work and what it's going to take to get there."

"Millennials want to make a difference," he said. "They want to be part of something bigger. They don't want to do jobs that a robot or computer can do. They want to do a job that matters."

That's why the Foundation wants to bring each of these groups together to figure out real solutions, by making sure employers' needs are understood, millennials' concerns are addressed, and lawmakers are knowledgeable about the kinds of policies this country, and this generation, needs.

"We all want to feel part of something," Murphy said. And this next generation of Democratic leaders "will offer a whole new approach to public service."